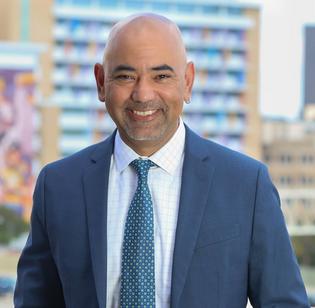 Last year I took a few online college classes for the first time in my life. Chicano Studies being one of those classes. One of the homework assignments we were given was to watch a documentary called “Stolen Education” a 2013 film about Chicano children in South Texas having to remain in the first grade for three years prior to the mid 1950’s for being bilingual. The mother of Dr. Enrique Aleman, who passed away in 2002, was one of those children. He did not know anything about what she went through until shortly after her death. In 2010, Aleman and Rudy Luna go back to the small town of Driscoll, TX to talk to many of the residents who were around at that time to get some answers in making this film. On September 1st there will be a new law passed in Texas, preventing these types of subjects from being taught in their schools. Dr. Enrique Aleman came onto TheBoxingBar.com this week to talk about this for our “Outside of the Ropes” page. It was my first interview on a topic like this, so check it out!