"I'm in magnificent shape. I'm prepared and very focused. I'm filled with emotions towards this fight because I feel like I have gained so much experience from running around California fighting against the best fighters and trainers. I really feel happy to be getting back into the ring. I feel very prepared and ready for the four rounds of war. I've been a very active fighter for the last sixteen months. I'm very determined to give the best version of myself to the fans and, of course as always, for my family."

"This will be my first eight round fight, so I've been training hard. I'm ready to go eight hard rounds and give the fans a great fight. As far as I know, I think this is will be my opponent's first fight back in awhile so I know he is going to bring it. And of course, I'm coming to put on a show as well. Fans will be in for an exciting fight.”

"I'm ready. I've been active all this month (fought twice in June). I did not get the outcome I wanted but I still put on a good show. Took no punishment at all, and ready for another battle. Expect a great battle between two boxers who have been in the ring with some top competitors. And expect a great night, not just from us, but from all of the other boxers that night as well."

"I feel real hyped up that the fights at the Chumash are back on. I’m ready to perform in front of the big crowd that night and coming out with the win. I’m a boxer-puncher. I’m gonna put on a show."

TheBoxingBar.com : How ready are you for your sixth professional fight?
Rudy Ochoa : I’m well prepared. I fought in May and took little damage. So I was able to take three days off to rest and I went right back into training. My mindset and body are definitely on point.

TBB : What have you been working on in this camp for your next performance?
RO : We have been working a lot on our movement and intelligence, and by picking our shots and taking the least amount of damage possible all while being very offensive and staying busy. The show is going to sell out, and I have a lot of friends and family going to support me. So there is no doubt I will do my best to give the best fight possible.

TBB : Where are you training at the moment?
RO : I'm currently training at Carlos Sanchez's fitness gym “Alphacor Athletics” with my trainer Alberto Madrigal and teammate Salvador Perez. He gave us the opportunity to use some of his open space for training, and we were able to set up a nice training area located in Oxnard on 1601 Pacific Ave., Suite 201.

TBB : You're going to be representing my home city of Oxnard on this night. So people are going to have high expectations because it's a well known city for boxing. How does that make you feel?
RO : I’ve had "Oxnard" on my shorts ever since my pro debut, and people always make a comment about good fighters coming out of Oxnard. So there’s definitely some expectations. It gives me a bit of an extra bump, but more of the expectations come from myself. Everyone dreams about representing their city. We have had some great fighters represent our city. I’m trying to join them.

TBB : What are the fans going to see next Friday night from Rudy Ochoa?
RO : My best performance yet. For one, I am learning a lot day by day and from each fight. I am very confident. I will show my skills and intelligence in the ring, and I'm hoping to open up some doors.

“This will be my fourth fight this year. It’s my first professional boxing fight, but my last fight was my eighteenth MMA pro fight which was in mid-May. So you could say I have been staying ready all year with my training. Usually after my fights, I only take ten days off to let my body recover.”

“It feels great being able to fight so close to home just because a lot of my fights are usually two to three hours away. I’m excited about this because I know a lot of my family and friends will go and support!”​ 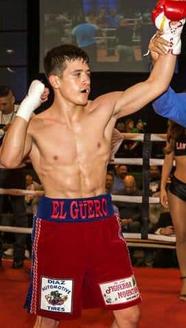 On Friday night July 6th boxing returns to the Chumash Casino Resort in Santa Ynez, CA! World Fighting Championships will be bringing boxing back to the Tri-County area with several of its local fighters set to see action. Tickets are sold out at the moment, but due to high demand the promoter and venue are looking for a way to add extra seating. I will post any updates. See you at the fights!

Read below what several of the combatants told TheBoxingBar.com about their upcoming bout!

"I feel good. I'm confident of the work I have been doing in the gym. I have put in a lot of hours of hard work. I know it will definitely show in the ring." 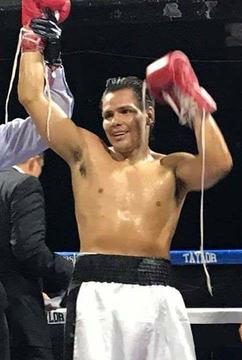 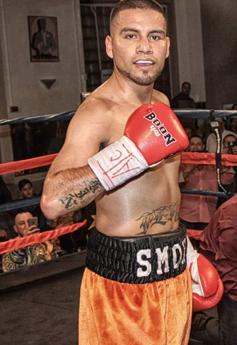 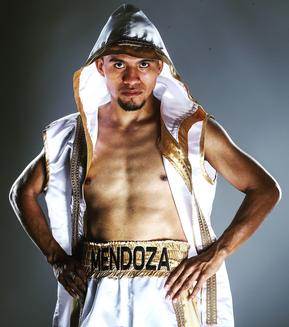 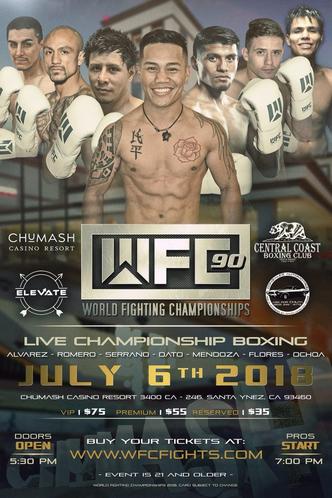 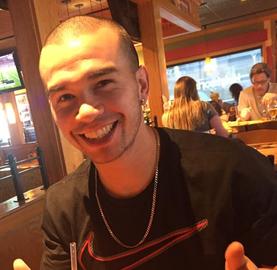 TheBoxingBar.com : How are you feeling at the moment for this upcoming fight?
Oscar Mendoza : Preparation has been going so great that it just makes any nerves about the fight not be present. It's been giving me confidence, and I'm feeling happy and excited about this upcoming fight.

TBB : How important is this fight for you in this career as a boxer?
OM : I think any fight I have in my boxing career is important. But I'm really looking forward to this one in particular because it's the first fight I've had that's close to home. I want to put on a good show to make our hometown proud.

TBB : I saw your page on social media and it says you're from Santa Maria, live in Ventura, and you have pictures from a gym in Santa Barbara. You're all over the "805". That pretty much describes the crowd that will be at the Chumash Casino. Do you think it'll be easier or harder fighting in front of your hometown people like you said for the first time?
OM : Honestly, I'm feeling that it is going to be an advantage for me because I will be able to feed off of that support and love from my hometown crowd.

TBB : What's your prediction come Friday night July 6th?
OM : It's going to be a great and exciting fight! I aim to put up a great show for the people coming out to see the fights. 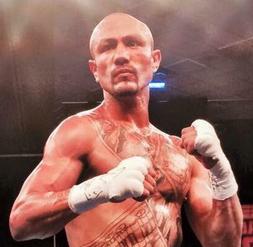 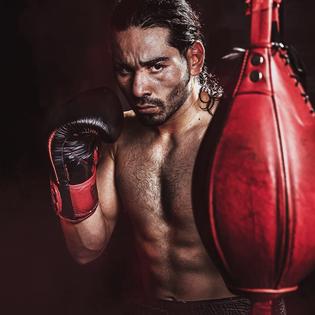 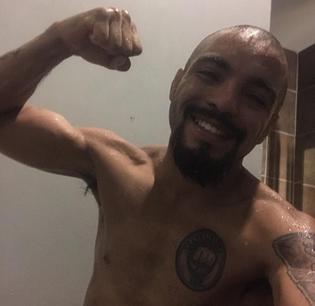 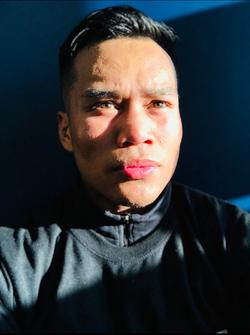 TheBoxingBar.com : John your next fight will be on July 6th at the Chumash Casino. How prepared are you for this fight?

John Dato : It's been mentally and physically exhausting going through these weeks and weekends of hard training three times a day. I'm drained but I know all this hard work, dedication, and discipline will pay off come July 6th.

TBB : Does all that much training have to do with making weight?

​JD : Making weight is not an issue to be honest. I used to wrestle and cutting weight is what we did. I'll make weight like in every other fight I've had.

​TBB : I've gone to the Chumash Casino several times to watch boxing events. Each time it seemed like the Santa Maria fans take it over. How does it feel to know you will be fighting in front of your home crowd in your backyard?

JD : I used to go to fights with my coach to the Chumash Casino. I'd say to myself, "I'll be fighting here soon." Now my dream has come true, and the Central Coast will find out who I am. It's exhilarating. I am beyond excited and so grateful for this opportunity. I'm going to give it all I have for the love of boxing. I will make all of my family and friends proud.

​TBB : There has been so many great Filipino boxers in the history of boxing. Manny Pacquiao and so many other terrific Filipino fighters are still on the scene today. Is that a big inspiration for you personally?

JD : Manny Pacquiao is a big inspiration to many people. He has done so many great things in life like helping out the poor. That's a big inspiration. I want to follow in his footsteps and become a world champion, and make it to the top of the pound-for-pound best in boxing.

TBB : What can we expect of your performance on July 6th?

JD : You're going to see heart in the ring and a knockout!