TheBoxingBar.com : You got a terrific fight this coming Saturday night at The Forum in Inglewood. How do you feel about this fight?
Pedro Duran : I feel great! My camp was excellent. I had good, tough sparring at Legendz Boxing Club. This the best shape I've ever been in. I'll be ready for Saturday.

TBB : I've been to a few different fights of your in the past when you were coming up. You not only gave one of the best fights of the night at those events, but you probably had the biggest following of fans than the others on those cards. Again, you will be fighting in the L.A. area this weekend. What is it like to fight in Los Angeles for you?
PD : For me, I would rather fight in Los Angeles because this is where I'm from. This is where my family is from. There are times I fight out of state, and only a handful of my family members will actually go and see me fight. The others unfortunately can't go. So when I fight in Los Angeles, almost all of my family will make it. That is why when you've seen me fight in Los Angeles, I've had a huge amount of family and fans come out and see me. So for me, L.A. is my preferred location to fight!

Here is what a few fighters that will be on the undercard had to tell TheBoxingBar.com about their upcoming fight ...

TheBoxingBar.com : How ready are you for Saturday's fight against Pedro "Lil' Pete" Duran in Los Angeles?
Enrique Tinoco : (Translated) Thanks to God I feel great. I had real good training for eight weeks. I prepared with more will in this fight." 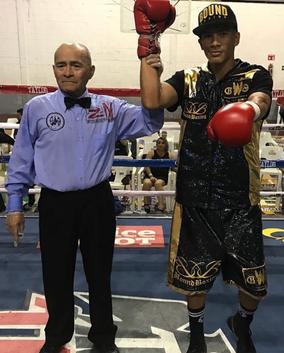 TheBoxingBar.com : Your fourth professional fight will take place this Saturday at The Forum in Inglewood. How was training for you in this camp?
Mario Ramos : I’m very excited for my next fight. This is a big opportunity for me to show everyone who I am and what I got.  At this point, I've put in double the work because this fight is my first six-round fight.

TBB : This is a great opportunity and platform for a young fighter like yourself to show your skills. What does it mean to you personally to get this chance?
MR : To me this means that this is the next step in my career to be able to reach my goal to become a world champ.

TBB : You're from the San Diego area which isn't too far from where you will be fighting. Is that a good thing for you?
MR : Yes, it is a good thing because I could have more of my family and friends to come out and support me. It’s not that far from San Diego.

TBB : I'm sure you're going to try to keep that "0" after your fight that night, but what can the fans expect to see of you that night?
MR : The fans can expect a great fight with a little bit of everything, Speed and power, boxing, brawling, and everything a fight fan would want in a fight. A great show.

TBB : Why should a fan buy a ticket to this great event on February 24th at The Forum?
MR : Every fight is going to be a great fight. The fans are going to get their money’s worth, and they will get to see me put San Diego on the map! 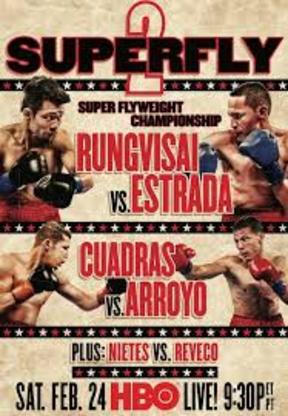 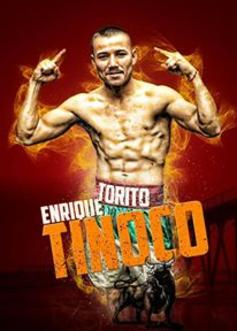 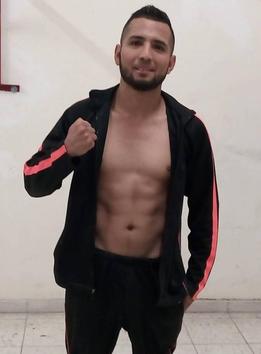 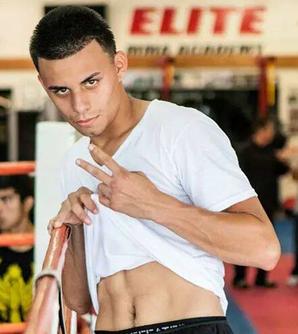 TheBoxingBar.com : (Translated) There’s only a few days left before your next fight which will be in the Los Angeles area this weekend. How do you feel so close before this occasion?
Oscar Quezada : Physically and mentally I feel very well prepared! I’m ready to give it all to get it all. With joy and heart I’m going to give a really good fight and I will hopefully come out victorious. Emotionally, I’m very happy and feel very good.

TBB : Not too long ago I talked to your opponent and he feel similar about himself. Did you do anything different in this camp in preparation for this fight?
OQ : Well we ran very well every morning and evenings. We sparred and trained hard in physical conditioning like sprints regardless of the weather or time of day. We strengthened the arms, legs, and abs. We dieted well at the right level to be ready before fight time. In the ring I will demonstrate my hard work, effort, and dedication to everyone.

TBB : In Southern California, especially in Los Angeles, there is no shortage of crazy Mexican boxing fans. But at the same time this will take place closer to your opponent’s hometown of San Diego. Does that put more pressure on you to not let this fight go to the judges?
OQ : Like I’m telling you I’m going for broke! I know I’m not at home, but that will not stop me from getting the objective done.

TBB : For all the people that will be in attendance or people that are thinking of going to this event, what do you want to tell them?
OQ : This will be a great fight with a lot of action. I will surprise you all. I hope you will be satisfied and enjoy the fight!