​ TheBoxingBar.com : You will be in the main event this Friday at the Double Tree in Sacramento. Are you ready for this?

Michael Guy : Very ready. Anyone that follows me knows that I just fought on March 24th against a world renowned fighter out of Triple G's camp. He's Ali Akhmedov and he's signed with 360. He's a known knockout artist, and I went eight rounds with him with no problems.

TBB : Your opponent Marco Delgado is undefeated (5-0) and I'm sure he will try to leave the arena the same as he came, undefeated. What will be in your plan to put a stop to his hopes?
MG : Just be myself. He hasn't a fought anyone at my level or even close to any of my previous opponents. I am very sure he is aware that. I am the biggest name he's faced.

TBB : Is it an advantage, motivation-wise, to fight in your backyard and in the main event?
MG : If he feels confident in himself ,he shouldn't care where it's at. It's the level that I'm in that should be his main concern. I just hope for a good fight. I know he's tough and will try hard.

TBB : What can the fans expect to see of you come fight time?
MG : They will see a professional performance. A good fight that shows who I am. 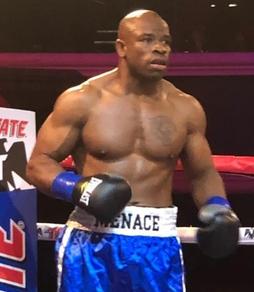 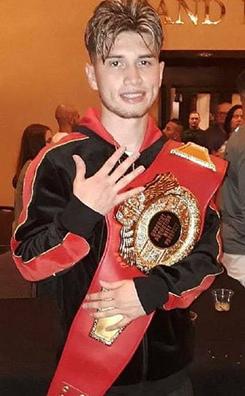 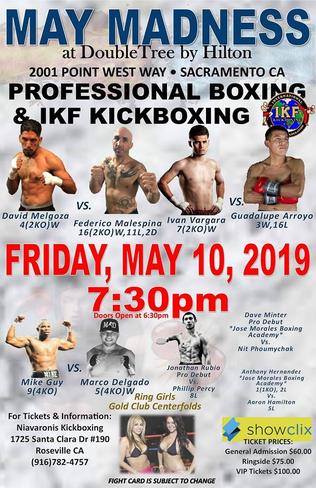 ​ TheBoxingBar.com : How ready are you for your next fight this Friday night against Guadalupe Arroyo?
Ivan Vergara : Aww man I’m beyond ready. I’ve been waiting since my last fight in November. I just can’t wait to get back in there.

TBB : I've got to see you in action a couple of times in Brooks, CA. In your opinion, how do you feel you have progressed as an overall professional fighter thus far?
IV : I notice the progress after each fight and that’s something I really like to see. I’ve been running more miles and getting my cardio up. I’ve been working on more technique and doing strength and conditioning. I could feel the power coming in. When I’m doing my pad work, my coaches are letting me know that they can feel the pop. They can feel it more this time around than previously.

TBB : In this upcoming fight you’re facing an opponent that has had about twenty professional fights. Now, his record might not be pretty, but in the last several months some of these types of fighters have been pulling off upset victories. So they shouldn’t be underestimated. What do you know about your opponent’s skills? And how do you plan to match up against his experience in the ring on Friday?
IV : I personally have not watched any of his fights which I will do sometime this week, but my coaches have. I never overlook any of my opponents, so I’m going to go in there with the right mindset and do what I got to do to come out with the “W”.

TBB : You’ve fought so many time around the Sacramento area. What is it like for you to fight in that area?
IV : I love fighting in Sacramento. I love fighting on Nasser Niavaroni’s Uppercut Promotions cards. It’s always a great event. It’s always a great atmosphere. It’s close, and everybody gets to go. My friends, family, and fans all get to go and enjoy it. I love it.

TBB : What are we, the fans, going to see of Ivan Vergara Friday night?
IV : They can expect excitement. I believe this will be an exciting fight. My last fight in November wasn’t as exciting even though I did get the job done. But this time I want to bring the excitement and get everybody off their seats and give a good show. Try to come out and watch some good boxing Friday night!