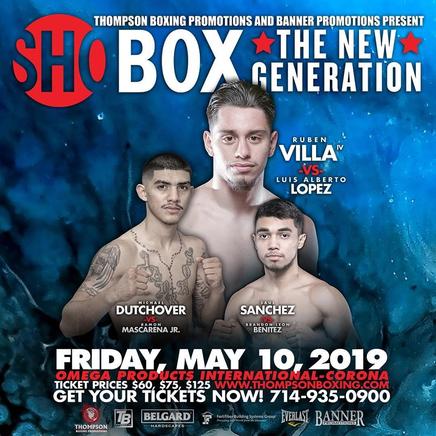 TheBoxingBar.com : How do you feel at the moment physically and mentally for this fight on Friday?
Michael Dutchover : I’m happy. I’m excited. I’m ready. I’m getting that excitement of fight week. I’m not far from making weight at all. I should make weight easy. I’m just really happy. I can’t wait to be in the ring again.

TBB : How hard or easy is it for you when you’re in that ring?
MD : It’s easy. I’ve had an extensive amateur career and I’ve fought all over the country. It doesn’t matter where I’m at. You could put me anywhere where there is a boxing ring, and that’s home to me. I just feel very comfortable in there and I can’t wait to get in the ring this Friday. I’m excited because it will be my first televised debut, and I’ve been waiting for this moment. But once I’m in that ring, I’m back to my normal self. All the jitters go away because that’s home for me.

TBB : You’ll be fighting in Corona, CA which is not too far from Ontario where you’ve fought most of your pro career. What is it like fighting in front of all those knowledgeable fight fans?
MD : It’s awesome. Most of my career has been fought there at the Ontario DoubleTree. Those fans man, they love this sport of boxing. Just like you said they know and love excitement. I bring excitement whenever I step in there and that’s why I’m developing a fan base here in Southern California. I also have plenty of fans in Texas, and actually I have some people from Texas coming here just to watch me. People like my style and I bring excitement to the ring.

TBB : In these last few years Thompson Boxing Promotions has become a real force in California. What is it like fighting under them?
MD : It’s awesome. I’m also signed and co-promoted by Banner Promotions. I’ve fought a couple of times on the East Coast with Banner. I’m very happy with how they have both moved my career. I’ve had twelve fights in two years. I couldn’t be any happier, and now I will be on a televised fight card. This going to be a big year for me and my team. This is just the beginning being on my first televised fight Friday. I think people will be seeing more of me and Team Dutchover.

TBB : I’ve been a boxing fight for decades and have seen fighters do great on their televised debut, but I’ve seen it go the other way too due to nerves or whatever issues. What do you think this experience will be like for you on Friday night?
MD : It’s nothing crazy to me. Once I step in the ring, like I had said, I feel at home. All the hard work is done. I’ve been feeling this since last week. I’m just going to have tunnel vision and focus on the task at hand and get the victory by any means necessary. Whatever my opponent brings to me, I’ll have something to answer that. I’m prepared for whatever. I’m ready to go the full eight rounds if needed, what can I say, I’m just ready to go.

TBB : You’re 12-0 with 9 knockouts. Your opponent, Ramon Mascarena, is 10-0 with 5 knockouts. You guys are pretty close in experience as pros. Are you looking for certain things in his style to counter on? Or are you just going to wait for whatever he brings to the table?
MD : It will be his first fight in the United States and he hasn’t faced the level of opposition I have or that I am. I get great sparring. I’ve sparred with contenders and world champions. Anything he brings isn’t going to be something I haven’t seen before. I’ll be ready and I think he will be surprised at the speed, the skill, and my ring IQ that I bring to the table.

TBB : Bottom line, what are we going to see from you when that first bell rings come Friday night on Showtime?
MD : I believe you’re going to see excitement. I bring that, but I also bring true professionalism to the ring. I don’t go in the just throwing wild punches and haymakers to take a guy out with one punch. You’re going to see a highly skilled fighter that breaks down his opponents while bringing excitement. 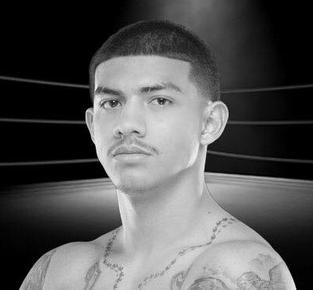 Don't miss this card Friday night May 10th on Showtime from the Omega Products International Arena in Corona, CA! The "ShoBox" televised fights will start at 7:30 pm PT. The event has sold out!