TheBoxingBar.com : How ready are you right now for fight night?
Rudy Macedo : I’m 100% ready. I’ve been getting ready with my trainers and working super hard. We’ve been sparring everyone and anyone. We hope to excite everyone with a good performance.

TBB : You're off to a great start in this career with a 7-0 record with all knockouts except one. Are you going to press for a knockout in this next fight?
RM : To be honest I never look for a knock out. If it comes, then it comes. If not, then I’ll just keep on working my opponent and look as sharp as I can. I always say if you look for the knock out, it will never come. So I always just work and follow up with the game plan. Stick to my movement and hand speed.

TBB : It sounds like your conditioning will be up to par in case it goes the distance. You will be fighting not too far from home. How does it feel to be fighting close to home?
RM : It feels great. I haven’t fought around my area in a really long time. I hope that I can fight out here in Northern California more often after this fight.

TheBoxingBar.com : You will be back in the ring October 6th in a rematch with Jose Hernandez. How ready are you for this bout?
Ryan Bourland : I’m as ready as I can be. I had a good camp.

TBB : In that last fight in February you guys had, he edged you in a close decision. How important is this rematch for you?
RB : It’s important. It's kind of hard to explain in words, but I wanted the fight. I’m happy I got it. I’m happy he agreed to it, and I’m coming to fight.

TBB : I was there that night and I know you were upset after the decision was read. I'm sure it's like a thorn in you that's still bugging you and I'm sure you will do anything to try to pull it out that night. Did you work on those certain things in camp to make those adjustments you need to make in this rematch?
RB : Yes I did. There were things I’ve seen on film I wish I would have done. And if it happens again, I’ll be ready to capitalize.

TBB : You had a hardcore crowd base and I felt it there, at the casino, that night especially after the decision was read. What do you think of your fans?
RB : They're the best! A huge reason I do this! I have so much support, it’s hard to believe sometimes. I’m very blessed.

TBB : In your mind what will we, the boxing fans, see October 6th when you guys get in that ring?
RB : They're going to see a fight! It’s going to be a more exciting fight than last time.

TBB : Why should a fan buy a ticket to see this boxing event?
RB :They should. Not just because of this fight, but there are other great fights that night also. 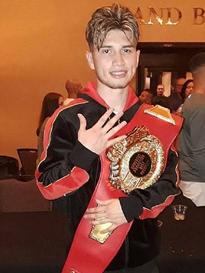 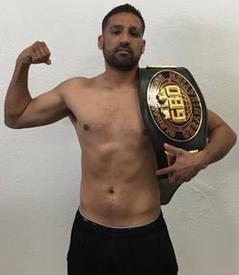 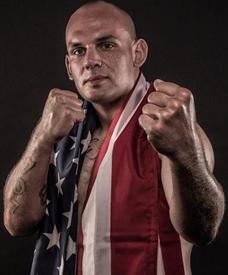 For tickets go to Tickets.com and purchase now because this event will sell out! 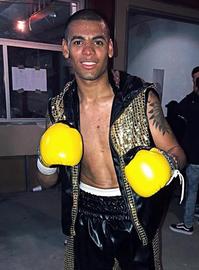 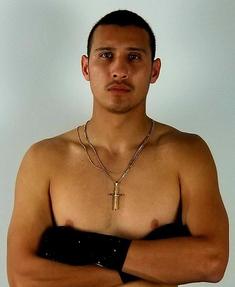 TheBoxingBar.com : On October 6th you will have a rematch with Ryan Bourland who you defeated in February by a majority decision. Many would have just continued their careers after a win without giving an opponent a chance to avenge a loss. Why are you giving him a rematch?
Jose Hernandez : Because we had a rematch clause. Also, we are fighting in a weight class below and for the GBO super middleweight title. Having a world title is a goal of mine and I also liked how the promoters treated me last time. Very professional. So I’m going back to live up to my word.

TBB : In your last fight with him in February, you were able to pull off a close decision win in his hometown. How did you feel after that victory?
JH : I felt it was the just and correct decision. It felt great to pull off an upset in front of his hometown crowd. I know he’s gonna be looking for revenge.

TBB : Do you think this will be a totally different fight? Or are you expecting a similar fight this time around?
JH : I have a feeling it’s gonna be a similar fight. We are preparing for anything. I’m just trying to win more decisively.

TBB : He had a very pro-crowd for him in that last fight. Did that affect you at all?
JH : Not at all. That means the pressure is all on him.

TBB : I actually saw that in you. You were concentrating a lot and were very focused which got you the "W." What do you think it will take to get a "W" again October 6th?
JH : Sharp , clean , and precise boxing. And beat him to the punch again!

TBB : What can we expect to see come October 6th?
JH : A good fight. The crowd will get their money’s worth. Ryan comes to fight, and so do I.

TheBoxingBar.com : In a few weeks from now you will be getting ready to weigh-in for your next fight? How ready are you right now?
Jorge Chavez : I stay ready. I’m always in the gym. I'm just fine tuning my technique then it's show time .

TBB : This will be your third fight as a pro. Is fighting as a pro a lot harder or easier than it was in the amateurs?
JC : I felt the amateurs was more competitive, but the punches definitely hurt more in the pros.
Again, it’s only my 3rd fight in the pro game so we’ll see. It’s just more pressure in the preparation leading up to it.

TBB : What did you guys work on the most in this training camp?
JC : Fundamentals. My coach wants me to have the best jab in the world so he had me work on fundamental punches. No fancy stuff.

TBB : That's not a bad idea at all. Many top fighters forget about using the jab most of the time. What will us fans see on this night when you're up in that ring?
JC : I got a good feeling about this fight. You never know what’s going to end up happening in a fight, but I will be victorious.

TBB: Do you got a message for you family, friends and fans that will be out there on what they can expect to see?
JC : They already know. I’m going in there to execute. It’s a fight so they know I wanna hurt someone. It’s kill or get killed. 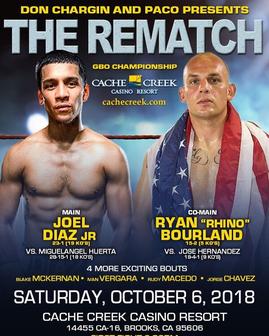 TheBoxingBar.com : How ready are you for this upcoming bout?
Ivan Vergara : I feel great. Training camp has been amazing. I can’t wait to get back in the ring and do what I love most.

TBB : You just fought at the beginning of last month, and you'll be back in the ring in a few weeks. Is it important to you to stay this active?
IV : Yes, it’s extremely important for me especially since I’m still in the beginning of my career. I want to get as many fights as I can and be able to showcase my talents as much as I can. I hope to remain active and I hope to fight a lot more often than I have in the past year and a half.

TBB : Well you started on the right foot this year. You had, in my opinion, the best fight on the card in February in Brooks against Gaxiola and you won in impressive fashion in your last fight in August. What things, that you've noticed, have you improved on since the beginning of this year?
IV : Thank you very much, I appreciate that. I’m constantly focusing on elevating my game. After each fight I go back and see all the things I need to work on in the gym. Everyday my desire is to become the best boxer I can be. It always increases more and more so there’s been a lot of things I’ve been working on in the gym. I can’t wait until October 6th when I get another chance at displaying what I’m capable of doing in this sport.

TBB: Should this be your last fight of this year, what do you hope to accomplish in 2019?
IV : I’ll have one more fight in November to close out the year. In 2019, I really hope my name really starts getting out there. I hope to fight as much as possible and get them "W’s" and increase my fan base. There's no limit for me, and I’m willing to do whatever it takes reach to the top.

TBB : On that note, what will the people in Brooks see of you come Saturday night October 6th?
IV : They can expect more action! I want to bring more of my offensive side to this fight & give everyone in attendance their money's worth.