“Bobby Chacon was one of our best. A great chills and thrills fighter from the West Coast. He survived tragedy outside of the ring to become a two-time world champion, involved in two “Fight of The Years”, and a certified Hall of Famer. "Schoolboy" Bobby Chacon will be missed by boxing fans throughout the world.” 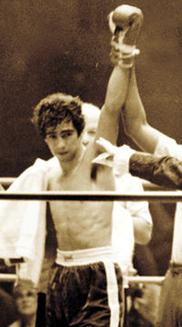 ​Paul "The Superfly" Gonzales (1984 Olympic Gold medalist / former pro boxer) – “The story that I like about Bobby and told by him to me is when he went missing for a week and no one knew where he was. When I ask him about it, he had this big smile on his face as he tells me the story of his where-abouts. He came up close to me and said, I was having sex and he bust out laughing. That's my story of a man with a heart of a giant and a soul of a child. One of the greatest boxers that ever lived. He fought his heart out in every fight he had, and you knew you were in a war when you step into the ring with Bobby "Schoolboy" Chacon. Rest in peace Champ!”

“My memories of Bobby Chacon are when I sparred him. We had an abdominal war in the ring. He was one bad dude that I was lined up to fight after fighting Rojas.  But Rojas beat me and I blew my shot against him. For the Rojas fight I was in my addiction already, so I'm glad I didn't fight Bobby. He would've destroyed me. From my memory of sparring him, he was a beast. Love the dude! He brought some great fights to Sacramento.”

“In 1974 I was 14 years old. I was fighting in AAU boxing tournaments and training in the gym. As a kid I would listen to boxing “gym talk” from the coaches. I had heard that Bobby Chacon had become the new featherweight champion. At that time my dad, John Montes Sr., was the director of the IYBC in Montebello, Ca. One day I walked into the gym and my dad says, “Hey mijo, you’re going to spar with the champ Bobby Chacon.” To my surprised look on my face my dad said, “You are going to learn with the best.” Oh what an experience it was! I knew that Bobby understood that I was a young kid and he would take it easy. But he, every now and then, would let me have a taste of his quick right hand. Well time goes on, and I am older. Bobby is training to fight for the super-featherweight title and we know each other by now. I felt inspired by Bobby. I truly was scared knowing that Bobby was a world rated fighter. The best in the world and he could hit hard. Here I go sparring with him in front of the public at 15 years old and seven dollars per round which was pretty good money back then. He was a champion fighter that I was in there boxing with. Bobby always thanked me after our work out and would say,”So will you come back to spar tomorrow?” And I would say,”Yes.” Bobby and I were friends. He owned a ‘55 silver Bentley and he would bring it to the gym. He gave me a ride in that beauty. As time went by, I had become a pro boxer and I would sometimes go with Bobby to camp and spar to get Bobby ready for his next fight or mine. Good memories. I learned a lot from “Schoolboy.” Chacon. Later on in life I’d hang out with Bobby, Michael Donohue, and Laura Busic Carlson. I would drive to see Bobby at his rest home and would take him out for the day and have a great time. The last time I was with Bobby Chacon was not long ago. We went to Victory Out Reach Church in Chino,Ca. Everywhere we went the public loved us. Especially Bobby Chacon. The day he died my brother John called me and he gave me the sad news. I cried all day. We love you Bobby!” 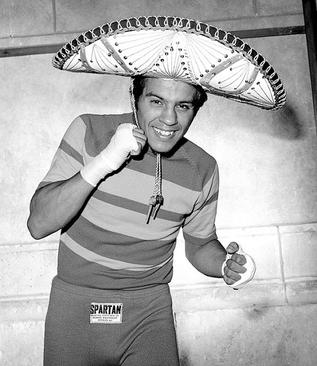 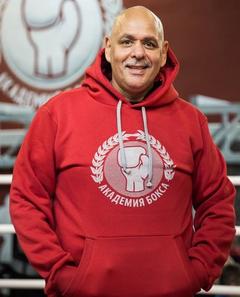 Eddie “The Animal” Lopez (former top heavyweight contender of East Los Angeles) – “Bobby Chacon ... my friend. My great champ. Two-time world champ. A great and always happy guy. When I went into the main events he’d say to me in the gym, “Remember to keep your hands up and your ass off the canvas”. He’d smile and start talking to someone else as he walked away. I imagine Bobby smiling alongside Michael (Mike) in God's army defending God's word. Fight on Bobby “Schoolboy” Chacon with your smile and your wings. From your brother in the ring, and a proud family member.” 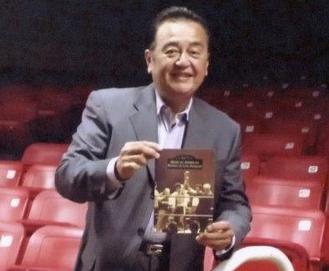 Rudy Hernandez - (former pro fighter / top cutman / trainer) – “I fought at 16 (years old) at The Olympic Auditorium in my first amateur fight, and he was the main event that night. The house was packed. He was a really good boxer and very entertaining to watch. He always had a smile and never came to a fight with the thought of cheating the fans. He fought with heart. The public loved him. Want to see a few great fights and fall in love with boxing again? Watch Bobby Chacon versus Cornelius “Boza” Edwards or against Rafael “Bazooka” Limon. 15 great rounds of Boxing.” 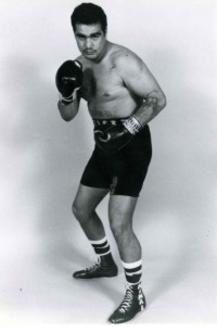 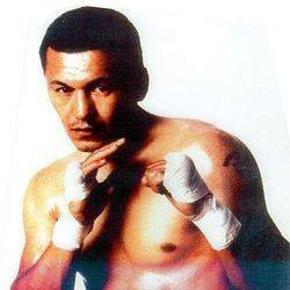 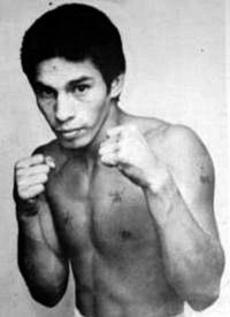 Here are some comments from friends of Bobby Chacon as they let TheBoxingBar.com know how they remember the former two-time champion of the world. Chacon died September 7th after suffering a head injury at his care facility. Bobby was a real warrior for those remember all his memorable fights.

“I met Bobby Chacon in 1974 at The Main St. Gym. As years passed, l started to box Bobby. We became good friends. Back in the 70's and 80’s, I started to see his sister. Throughout the 90’s we remained friends. When I got sick with pneumonia, Bobby came to my house to visit me to see how I was doing. He was such a great friend and a great champion. I will always miss him. God bless you Bobby!” 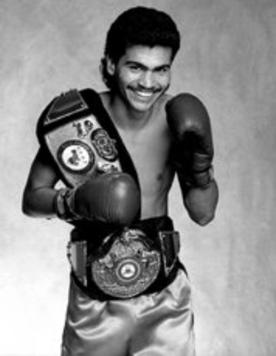