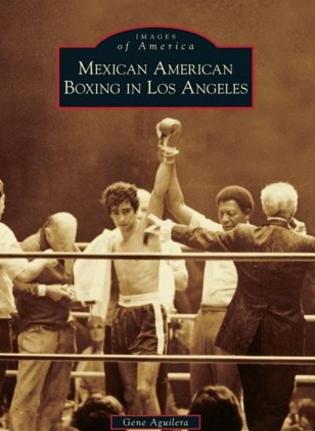 Tuesday night Herman “Kid” Montes, of East Los Angeles, was on TheBoxingBar.com to talk about his boxing career. Although Montes never became a world champion, he was well known and respected during his time fighting the majority of his fights at the historic Olympic Auditorium in Los Angeles. We talked about several of his fights including his victory over the popular “Pipino” Cuevas of Mexico. In 2014, Montes was pictured on the cover of Gene Aguilera’s hit book “Mexican-American Boxing in Los Angeles.” Check it out !