Former professional boxer ,Joey Medina of The Bronx, was on TheBoxingBar.com podcast. The ex-fighter took on Nicky Perez for the vacant NABF Super Featherweight title in their second fight together in 1987. We'll be talking about his career and how he got into comedy during the show. You might remember Joey as the opener in one of the biggest Latino comedy DVD's of all time starring George Lopez, Paul Rodriguez, and Cheech Marin called, "The Original Latin Kings of Comedy". Today, Joey still performs doing standup comedy and wears all hats working on films. 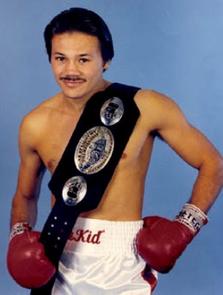