TheBoxingBar.com : How ready are you for this encounter against the undefeated Victor Morales Jr.?
Edgar Cantu : Well I feel ready for this fight. I am already on weight! 128 lbs. and with Top Rank. The fight will be in Fresno, California and against an undefeated fighter (7-0) from Washington. I have been waiting for this opportunity for a long time with Top Rank. Now it is time to show the world the talent that God has given me! I come from Laredo, TX where people never give up. And we are going to give it all in the ring. My name is Edagr Cantu. My record is 8-2 and this is boxing.

TBB : You're a proud Texan that will be fighting in California for the first time. You've only fought one other time outside of your home state. Will this make a difference in your mental game?
EC : No sir. We come ready for this fight. We have been training hard. I did a six week training camp in Laredo, TX. Fighting outside of my state of Texas doesn’t make a difference. The ring and the gloves are the same. Like I said before, we come ready for this fight. It all depends on what god decides!
I do miss my family and also my people from Laredo, but this fight will be dedicated to all my people from Laredo that have been helping me in my boxing career and support me.

TBB : Edgar, in today's boxing, the whole “undefeated” thing is major for some reason. Does it make you more hungry for this fight to try to take that “0” away from your opponent?
EC : Yes sir! This will be one of the most important fights in my career. I have already taken one, and I’m coming to take this one away too! 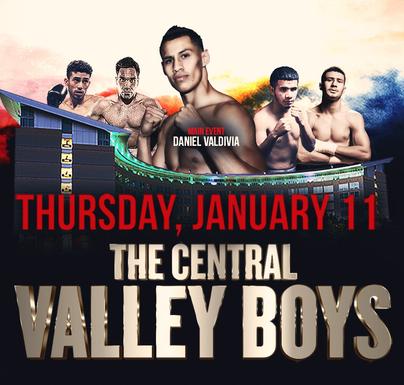 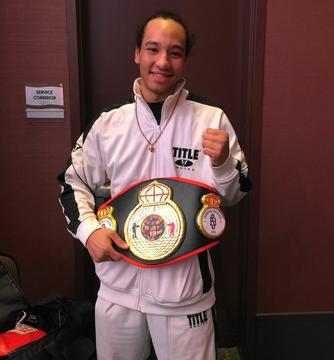 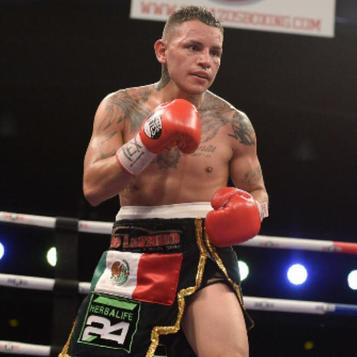 (Translated)
TheBoxingBar.com : Congratulations on being on the main event of this terrific Top Rank card that will take place on Thursday night in Lemoore, CA. How are you feeling just hours before the weigh-ins?
Vladimir Hernandez : I feel good and strong. And yes it’s almost time for the weigh-in. Thank God.

TBB : Daniel “El Chapulin” Valdivia is a very good prospect and very popular here in this part of California. Many thought he was going to stay undefeated for a long time because of how well he was doing. You put a stop to that. In your opinion, why do you think you won that fight?
VH : Well I think it’s simply because he had never fought someone like me.

TBB : In my opinion, it was the way you put the pressure on him throughout that fight. So I think he will try to have a different game plan in this rematch. Are you ready for whatever he may bring to the table this time?
VH : Yes. I’m prepared for whatever Daniel presents to us. I came to win once again.

TBB : Have you done anything different in preparation for this rematch?
VH : I have been given more time to prepare myself this time around. For the last fight, they gave us just twelve days to prepare.

TBB : There was a lot of people that felt it was just luck that you beat a young talent like Daniel or they thought that maybe something was wrong with him. Do you feel added pressure to beat him again to prove it was not a fluke?
VH : I’m not sure how else to win. Besides, excuses will always be invented. Even Daniel himself says so all the time. But on Thursday I will demonstrate what I’m made of.

TBB : What will we see of you on Thursday night?
VH : A more technical and aggressive Vladimir!

TheBoxingBar.com : Calvin it's almost fight time. Are you ready for Thursday night’s fight?
Calvin Metcalf : Yes. I never take time off so I can stay prepared.

TBB : Is there anything you focused on especially for this upcoming fight?
CM : For this fight I mainly focused on range. Trying to keep the range I want to be at.

TBB : You've fought mostly in your state of Missouri. Your only loss happened on the only time you fought out of state. For this fight you'll will be in his backyard in California. Will this affect you?
CM : Yes it affects fighters. For me it motivates me. It lets me know I have to start hard and take the lead.

TBB : Good plan. What do you want to show not just the crowd, but yourself with this upcoming performance?
CM : I want to leave it all in the ring. Give the crowd a great show, and walk away from it with everybody knowing that Calvin "The Great" is a real authentic fighter.

TBB : Why should people buy a ticket for this night of boxing?
CM : I think people won't be disappointed. There's a lot of quality fighters on the card. Should be some interesting fights.

*** Here is a Q & A with some of the fighters that will be in action Thursday night ... 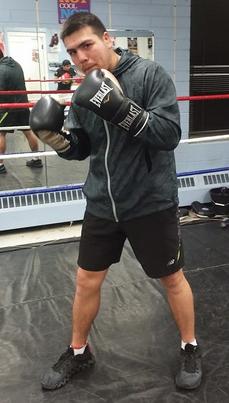