About a week ago, I had the pleasure of having former WWE wrestler Mario Mancini on TheBoxingBar.com for our “Non-Boxing Interviews” page. Mancini wrestled from 1984 – 1992 for the then-WWF as a “jobber”. A jobber is a term used for the wrestlers who were used to lose against the up-and-coming stars and/or the superstars of the moment. At that time these wrestlers were on all the weekly shows so the “star wrestlers” could display their character, skills, and finishing moves on them for the audience. So when the Pay-per-view matches would come around, the audience would become interested in purchasing the event to watch the “superstars” wrestle against each other. Today Mr. Mancini is part owner of “Paradise Alley Pro Wrestling”. For those of you that know me know that as a kid, I was a die-hard wrestling fan. And I remember watching Mario Mancini all the time on TV. I thank him very much for coming on, and making me remember a lot about those days. I will post this interview sometime this coming week. 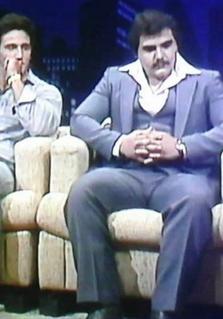