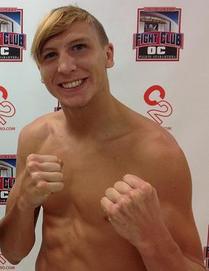 For anybody that watched this past weekend's Facebook boxing card (9/1/2018) put on by Golden Boy Promotions headlined by Ryan Garcia would probably agree that Macias stole the show hand down. Macias threw almost 200 punches in one of the rounds of the six rounds it lasted. The fight was stopped when the corner of his opponent, Marvin Cabrera (now 8-1), had seen enough. The proud fighter of Lancaster, CA and I talked about his beginnings and his plans in the sport of boxing. You can watch the entire boxing card via the link of my last post of Saturday's live fight post. He is a great kid and I will post the interview later this week.