TheBoxingBar.com : Are you ready for this fight against Enrique Gastelum this Saturday?
Avery Gibson : I'm pretty ready for the fight.

TBB : How is training camp?
AG : It's going good. I'm training myself for this fight.

TBB : That's kind of rare nowadays. Why are you training yourself?
AG : For the most part, I've trained myself on a day to day basis. I own my own business so the time I'm free vary, and I don't have a lot of flexible time.

TBB : Makes sense. Besides saving money to pay a trainer, how is that an advantage to you?
AG : I can train on my own schedule.

TBB : What can the fight fans in attendance expect to see of your fight come that Saturday night?
AG : An exciting show. Toe to toe action. 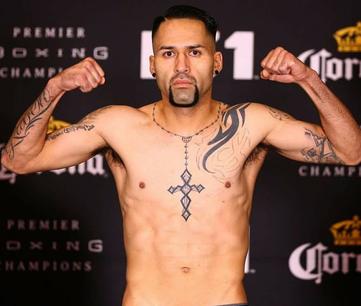 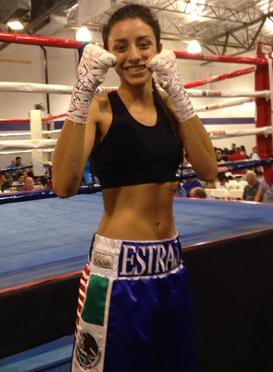 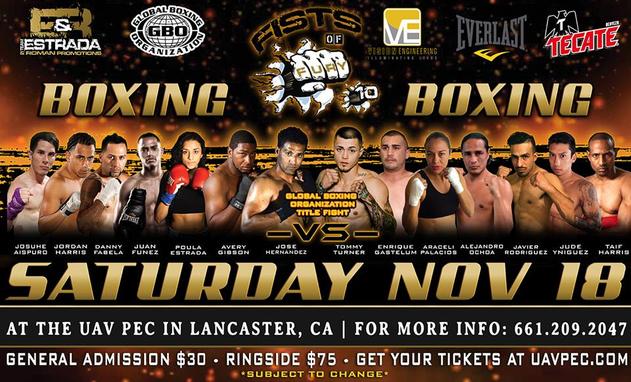 This Saturday night EstradaRoman Promotions brings boxing action back to the Antelope Valley with "Fists of Fury 10"! This card will have seven action-packed bouts with many local favorite fighters, and two of them for the GBO title. This event will be held at The Pioneer Event Center in the University of The Antelope Valley where every seat is a great one. General Admission is $30, and Ringside is $75. Support your local boxing and purchase tickets now!

Here are some questions TheBoxingBar.com had for many of the fighters on this card. Here is what they said : 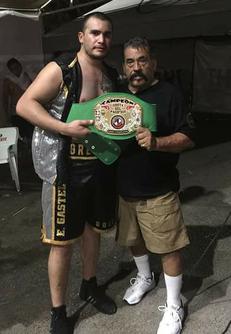 TheBoxingBar.com :  How are you feeling just days away from your next fight?
Poula Estrada : I’m feeling great and physically and mentally ready for this fight. I’m really excited about it. I wish it was tomorrow!

TBB : You'll be fighting at home again which, as you know, you're always treated like a main event star by your home crowd. Do you feel extra pressure every time you perform at home?
PE : Yes, I do feel the added pressure when I fight at home. Due to the fact that my home town is really close to my heart. I just want to give the people a great show every time I step into the ring, and make them proud.

TBB : You seem to always improve in a different area in your skills in each fight. What skills did you focus to sharpen in this camp?
PE : In this camp the skills I focused on most is my speed and foot work.

TBB : Your opponent, Aracely "La Muneca" Palacios, has some nice experience. She has fought and gone the distance with terrific fighters like Seniesa Estrada and Marlen Esparza. So she won't be intimidated. Will you be ready to turn it up or notch or two if needed?
PE : Like her and many other fighters I’m not easily intimidated. If anything, I give her a round of applause for being a strong fighter. I admire every female fighter whether they're my opponent or not. We’re all stepping in that ring risking it all. I’m more than ready to turn the notch up. I’m here and ready to fight.

TBB : For everyone that will be attending the fight this Saturday night, what can they expect to see of their local warrior, Poula Estrada, while in that ring come fight time?
PE : I’d say get ready for a showdown! This is going to be a great fight. We’re going for that belt!

TheBoxingBar.com : How are you feeling physically and mentally just days away from your next fight?
Juan Funez : I feel great. I had a great training camp sparring with great prospects.

TBB : You've been fighting as a pro now for a bit now. Where have you seen the most improvement in your skills in the last few fights?
JF : The biggest improvements in my last two fights have been that I feel more relaxed, and my skills are coming out more.

TBB : You've fought at The PEC in Lancaster a couple of times in the past. What is it like fighting in front of those fans?
JF : Yes i fought twice at the Pioneer Center. It's a great arena, and it's amazing fighting next to my fans. It gets me pumped up to get in the ring.

TBB : Your opponent, Alex Ochoa, has taken some 0's in the past, and he is confident he will do the same Saturday night. He says he's very ready. In your mind , what will we see on Saturday from Juan Funez?
JF : I know I got a tough guy in front of me like my other opponents. The way I see this fight is like the rest of them, as a championship fight. You're going to see the two different sides of Juan Funez. I can be a boxer or I can be a brawler. Either way , I will be ready showcase my skills. 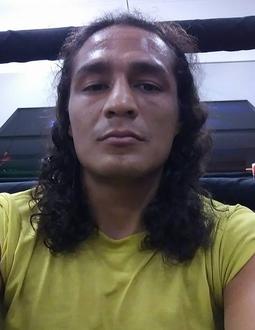 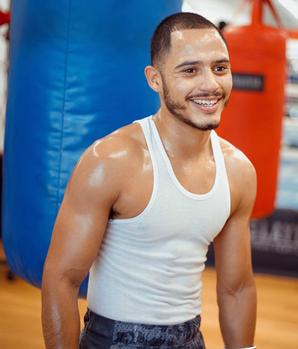 TheBoxingBar.com : Are you ready for this weekend's heavyweight bout?
Enrique Gastelum : I'm ready to win.

TBB : How did training go for this fight?
EG : The preparation was real good.

TBB : What will happen Saturday night?

EG : My trainers, Bojorquez and Mr. Silva, have given me the confidence necessary for a knockout! 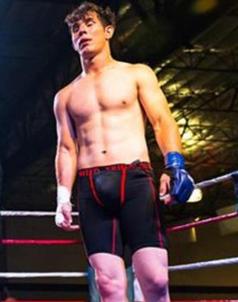 TheBoxingBar.com : How do you feel just days before Saturday night's big fight?
Alex Ochoa : I feel ready, and I will cause an upset like I have done in my previous fights.

TBB : You have taken some "0's" away from undefeated fighters, which your opponent is as well. Why do you seem to turn it up when you go against undefeated fighters?
AO : Because as an opponent I already know that the judges are against me. So I turn it up to show the judges that I want that victory over my opponents. And if possible, I will make them change their decision by dropping them. I can't leave it in the judge's hands.

TBB : Good plan. I wish all fighters fought with that mentality. Did you work on certain things in this camp that was different?
AO : I'm a journeyman and I'm confident about my skills to give any undefeated fighter a hell of fight. Well as far as my camp went, I just adjusted my style to able to fight more comfortable against a southpaw.

TBB : This Saturday night, what can the fight fans in attendance expect to see of Alex Ochoa in his fight?
AO : A fight with lots of action. I will bring it to him! 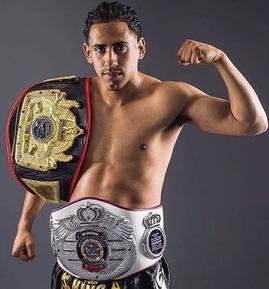 TheBoxingBar.com : You got a terrific fight next weekend in Lancaster. How are you feeling at the moment?
Jose Hernandez : I’m very prepared. Right now I’m just very anxious.

TBB : What was training camp like for you for this fight?
JH : Camp was great. I️ feel sharp and I’m very good shape. Best shape I’ve been in physically and mentally.

TBB : Personally, what does it mean to you to be fighting in front of your hometown people?
JH : It's the best feeling to have when people you grew up with, family and friends, are cheering you on. To know they're very proud of me is a great feeling. Someone told me I️ was "the pride of Rosamond". That made me feel very special.

TBB : Being a headliner, does that put more pressure on you?
JH : I️ actually enjoy it. It pushes me harder in the gym. I’m used to it. I’ve been in the main event quite a few times already.

TBB : Has weight been a factor?
JH : No. My diet has been on point. I’m scheduled to hit weight perfectly.

TBB : What does fighting for the GBO title mean to you?
JH : I’m very thankful for the opportunity, I’m gonna give it my all and plan to keep that belt in my hometown.

TBB : Why should people go watch you and this fight card next Saturday night when you take on Tommy Turner for the GBO title?
JH : Roman and Estrada Promotions always put on a good show. The venue is great! Two titles on the line. And I’m planning to show how hard I’ve been working in the gym.
​ 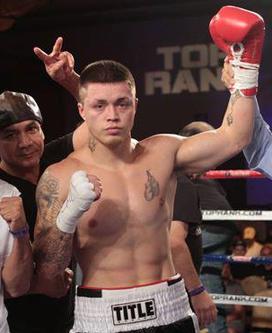 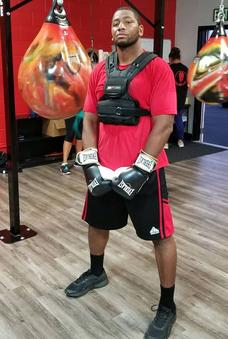 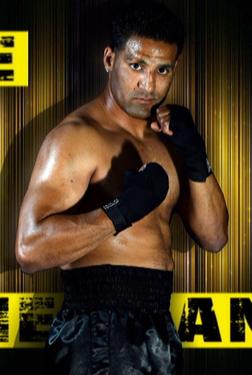 TheBoxingBar.com : Are you ready for Saturday night's fight against Javier Rodriguez?
Jordan Harris : I know I’m in for a tough fight and I can’t wait to put my training to the test.

TBB : How has training gone for you in this camp?
JH : Not the best of camps. I was in Thailand for most of this camp in the month of October. I kept getting sick. I barely got back to The States on the 5th, but for the last few weeks everything has been smooth.

TBB : By saying that, will weight be an issue knowing we're just days away from the weigh-in?
JH : It’s hard to say right now. We’ll see on Friday.

TBB : What can the fight fans in attendance expect to see of you in your fight this Saturday night?
JH : An action packed fight and nothing less!

TheBoxingBar.com : You got a big fight Saturday. How up for this fight are you?
Danny Fabela : I feel excited and ready to go. I am happy with the work my team has done with me in getting me ready. I really just can’t wait to step into the ring.

TBB : What excites you about this fight?
DF : I love to fight in my home town. Anytime stepping in the ring is a true blessing only because you display your hard work.

TBB : What does it mean to you to fight in front of your hometown people?
DF : It mean a great deal because the hometown people are always so supportive, and it is really just a great honor being able to show my kids that no matter what, "keep chasing your dreams."

TBB : What is Danny Fabela going to bring to his hometown people Saturday night come fight time?
DF : I am going to bring them my very best. My hard work and my dedication to the sport!

TheBoxingBar.com : How do you feeling right now?

Josuhe Aispuro : I’ve been ready, non-stop grind. Pushing myself to the next level. Mentally, well this will be my boxing debut. Something different, but I am ready for the challenge.

TBB : What can the boxing fans expect to see of you on Saturday night?
JA : One hell of a performance!

TheBoxingBar.com : How ready are you for next week's main event fight against Jose Hernandez in Lancaster?
Tommy Turner : I'm ready man. I'm feeling great. I've put the work in and looking forward to getting the job done on the 18th.

TBB : How have you prepared yourself for this fight?
TT : A lot of road work. A lot better sparring, more than I usually have. I've got a better mindset than earlier in my career. I've learned to be a lot more patient in this camp.

TBB: Jose Hernandez will play the role of the local favorite. Will that affect you in anyway?
TT : Not at all! The thing is, I know who I have fought and I know who he has fought. I'm used to flying to a guy's backyard. My record isn't pretty but I've also faced guys like Jesse Hart, Travis Peterkin, Rudy Puga ect. He's used to fighting below average fighters in my opinion. I love fighting a guy in his backyard.

TBB : Why should people go see this event next week?
TT : There's plenty of great local talent on the card from what I've seen, and two GBO titles up for grabs. It's going to be a nice show. ​ I can promise I will be putting on a show you don't want to miss.