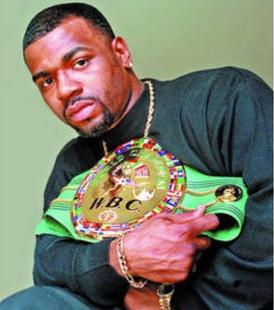 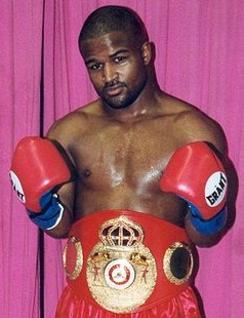 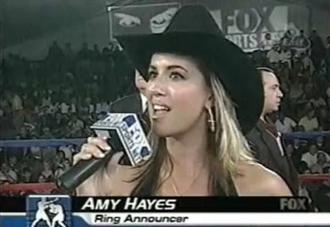 "i think it's going to be a tough fight because the weight could be the difference in power punches for Spence. But Mikey is also powerful, and one thing that I think that is going to make him victorious is that he is a very smart fighter. Everyone is saying Spence is going to take it because he's a bigger boxer, but I think Mikey is going to win. Everyone will be surprised when Mike, with his smarts and  skills, outclasses Spence. I'll be there in Dallas to watch history in the making and watching Mikey come out victorious!"

"I think the winner is going to be Errol Spence."

"I don't know to be honest. Errol Spence is the bigger and heavier guy. He's smart, has a good left, and is undefeated. Mikey is smart and is a technical fighter. I think if it’s going all 12 rounds, it will be a draw. I know it’s going to be a good fight. Both are humble fighters and undefeated. So I think Mikey will knock Errol Spence out or Errol spence will stop Mikey. It’s going to be a good fight overall!"

"Mikey García. If Spence wins nothing happens. Life continues. If García wins, history is written and he becomes a superstar. I like the second plot better." 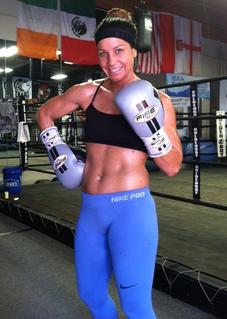 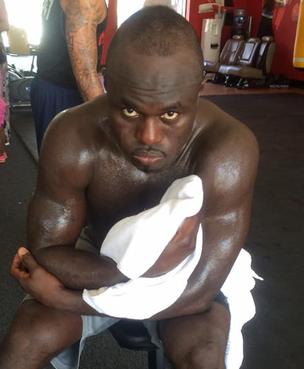 "My favorite fighter continues to be Mikey Garcia. I've been looking forward to this Saturday night to watch him fight. I think Mikey Garcia is the next great superstar in the boxing world. I am sure that he will win. He will remain undefeated and winning titles in different weights classes. He's actually the best technical fighter, best punch, and can take a punch. He knows how to utilize the ring and is good at it. He will win!" (Translated) 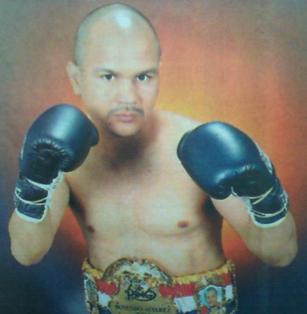 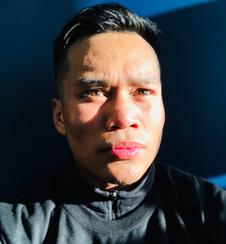 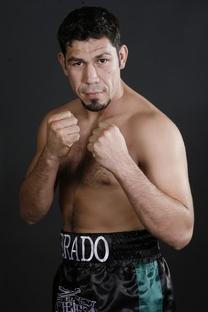 "I believe Spence is one of the strongest boxers in the division. Mikey is always wanting to raise the bar and take on Spence which might be one of the most avoided boxers. I believe Mikey all around is a better boxer than Spence and has had better opposition in his career. The only thing that worries me about Spence is the size and power. I do not like the way his chin is up in the air all the time. I believe Mikey with his patience and craft can outbox Spence and take a majority decision. I wouldn’t be surprised if Mikey also looks powerful in that division for we have seen his power a company him as he toys with the weight classes."

"The Lady of the Ring" Amy Hayes

"This fight is getting more uncertain based on the betting public. Early on Spence, they’d say, is simply too big! I think Garcia is very good and potentially just as talented as Spence. Little chance he can move from 135 pounds to 147 and knock off Spence. Or am I wrong?
He may wear Spence down with his ring IQ. As a ring announcer I try to be neutral. Spence is a "Big" and extremely talented welterweight! Two top guys in their prime ready to lay it all on the line. We may see something extraordinary. My bet is 50/50. - Its time to separate the men from the boys!" 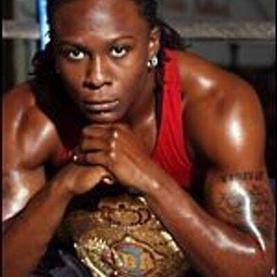 "I love Mikey Garcia and his skills and willingness to take on this challenge. Super intriguing fight. Both guys will have their moments, but I just can't see the strongest welterweight of the day losing to a lightweight."

"I think size will be the determining factor." 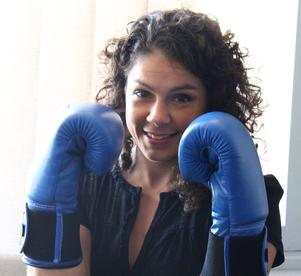 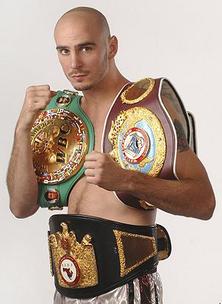 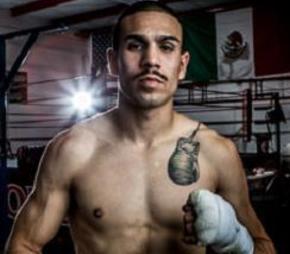 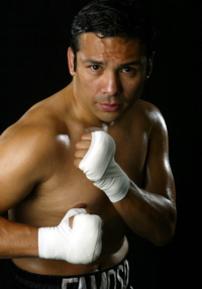 "To me this is a 50/50 fight. Equally talented guys with Spence being the bigger and stronger guy. But Mikey having a close edge in ring IQ!! Picking Mikey by Split Decision"

"Errol and Mikey are my two favorite fighters in and out of the ring. It's a very interesting fight, and Mikey has all the odd against him. But he really believes in himself. My logic says Errol has the clear advantage. I like them both too much to go against just one, so I really hope the best for both." 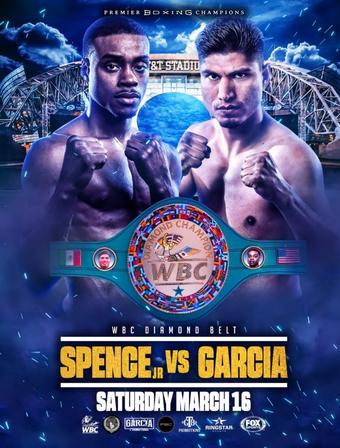 "I pick Mikey Garcia as the winner. They say a good big fighter beats a good small fighter, but I think many are underestimating Mikey based on his size. He is 39-0, so he has more experience and is a solid fighter. We will see how good Errol really is with this big test!" 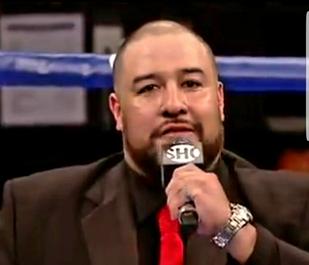 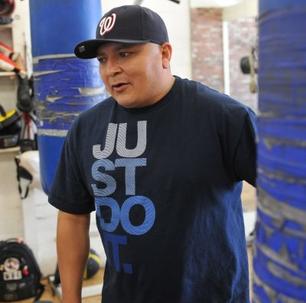 "It will be a good fight and it’s a tough one to pick, but I am going with my high IQ man Garcia!" 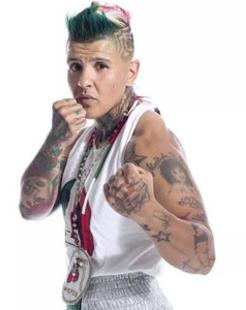 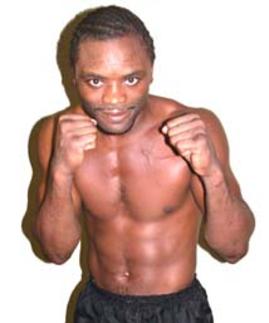 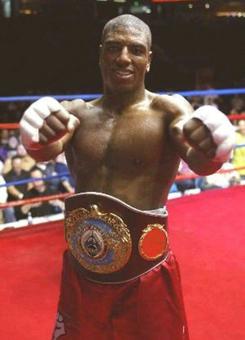 "I think Spence is too big and technically good at everything. His defensive skills are more solid" 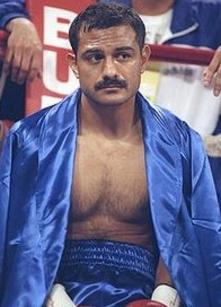 "Mikey Garcia all day. Experience, technique and skill will come into play." 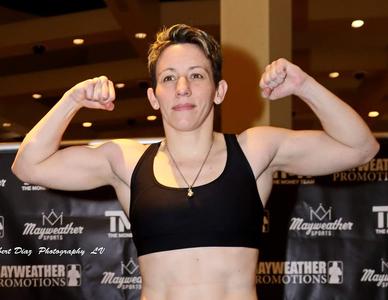 "As crazy as it may sounds ... I have Garcia by decision."

"I think it's going to be a good fight, may the best man win." 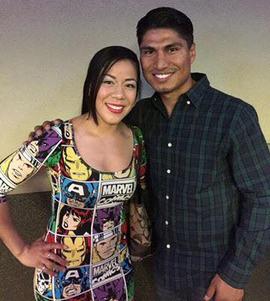 "It’s a toss up, but if forced I gotta go with Spence." 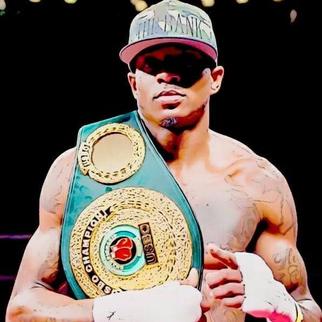 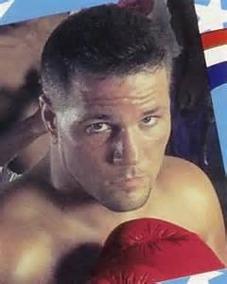 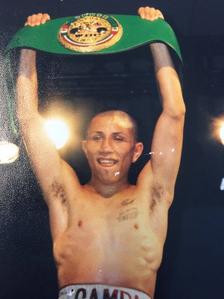 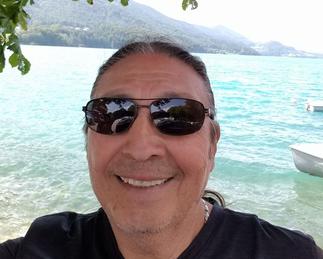 "For a very long time I was going with Errol Spence because the guy is a naturally bigger and a gifted fighter. But after reviewing a few of Mikey Garcia videos of him training with Victor Conte, I saw a lot of power in his shots so I started leaning toward Mikey. Now a couple of weeks have gone by and I'm back with Errol. I think Mikey is a tremendous fighter with a brave heart moving up in weight to fight the best. But again I see a huge size difference, so I see Errol by unanimous decision. That's my final answer!" 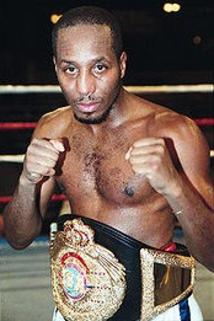 "This will be a tough cerebral fight for Spence. The Garcia family has been watching from the neighbors fence and planing for this. Spence will apply pressure but will have trouble with Garcia's clever angles and body and head combinations. I believe Spence will start to win the war of attrition by the sixth, then the avalanche will start. Mikey will use good ring generalship, but the size and heavy shots will handcuff his offense and Spence will win majority decision." 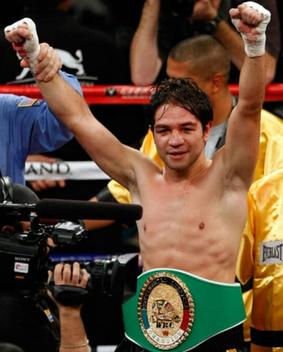 "I believe Mikey is going to shock the world Saturday night. Errol Spence is a monster, but has never faced such a determined individual. I love them both as fighters, but I believe we are going to see something magical happen Saturday night. Garcia with the victory!"

"I got it a 50/50 fight. Yes, Spence has the size advantage but I think Mikey’s Ring IQ and skills will make this interesting. I mean plenty of guys have come up from lower weight classes and won. And I don’t won’t to hear things like, "Manny Paquiao is a different fighter then Mikey." So with that being said, it’s not out of the question for this to be a very interesting fight!"

"I think this is a great match-up of youth and size against experience and boxing IQ. A lot of people may be counting Garcia out due to the size advantage of Spence. Spence is a young hungry and extremely talented boxer. I feel Mikey’s experience, maturity and ring IQ will present a major problem for Spence if he goes in to this fight with the mindset that he will overpower Mikey. Mikey has to fight an extremely intelligent fight, which I feel he is capable of, in order to pull out the victory."

"I like Garcia. I think the fight will go 12. Majority decision. Maybe a draw and we get to see a second one, but he is not losing."

Derrick "Take It To The Bank" Webster

"Spence. He's just a different monster! Very elusive. This is his time, and he will seize the moment! I just think he too big for Garcia."

"I think Spence is too big, but Mikey can pull it off because he's a hell of a fighter. But slim chance only because of the size difference. In my opinion, I think Spence with a late KO. I love both of their fighting styles though."