TheBoxingBar.com : In our interview with you for TheBoxingBar.com in February we got to know a bit about who you are, and how you started your career. Saturday night you will be going into your sixteenth pro fight. How do you feel at the moment just days away from this fight at the Tachi Palace Hotel & Casino in Lemoore, CA.?
Andy “El Tiburon” Vences : Yes I will be going into my sixteenth pro fight. I feel very excited since my last fight in February. It feels like it has been a while. So I am very excited and looking forward to show everybody my skills and talents in the ring. I feel great! Outstanding actually. Being days away from the fight I feel very focused, concentrated, and ready to overcome any obstacle that presents itself this Saturday.

TBB : You’re going in with an undefeated record of 15-0 (10 KO’s). Every fight from here on will be important to break into top contention, and build your name to the public. This fight will be televised worldwide on Unimas’ “Solo Boxeo” card. Are you a bit nervous and/or excited about it?
AV :  I don't feel nervous at all. To be honest since I've turned pro, every fight has been just as important. I've never looked at any fights any different. Every single one of my fights I take very seriously because I am looking to be known as one of the best. This is my life and my career, so I take every fight just as important as this one Saturday. I've trained extremely hard and have had great sparring for this fight. I have been televised five times before in the past so for me I'm more excited than nervous. I'm just ready to perform and do what I love doing which is fighting.

TBB : You will be fighting in the Central Valley which is your backyard. What does fighting in front of your local fans and your community mean to “El Tiburon” personally?
AV : Well Central California is about two and a half hours from where I'm from (San Jose to Stockton, CA). But it means a lot since it will be driving distance for a lot of family and friends. It's great fighting close to home where people can still follow my career and support. My community and my fan base is everything to me. They are the reason why I am so well-known in San Jose. Everybody is strongly behind me, and are supporting “El Tiburon” to the fullest. There are no fans like San Jose fans. They show me nothing but love. Wherever I go, they are there.

TBB : Have you and your trainer, Gabe Flores Sr. , been working on anything new for this weekend?
AV : We know we are fighting someone who comes forward and is shorter. So we have been practicing using a lot more combinations with uppercuts since my opponent likes to bob & weave and get low. We are still working on everything behind the jab. I'm looking to make a big statement this Saturday night.

TBB : So this Saturday, July 9th, what should all boxing fans expect from your performance when they tune in to watch "El Tiburon" Andy Vences?
AV : They fans can expect blood, sweat, and tears. Devasting speed, movement, and power!

TBB : The Central Valley and Northern California is well represented with you in the co-main event and Jose Ramirez in the main. Best to you both and your teams!
AV : Thank you.

* Ticket information for this fight Click Here. This fight will be televised on channel Unimas' "Solo Boxeo Tecate" on Saturday night July 9th. 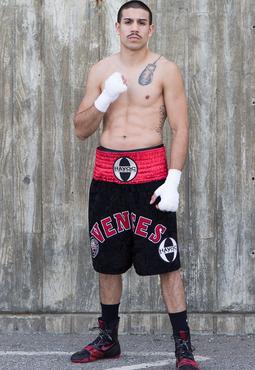 TheBoxingBar.com : First of all, congratulations on getting to be on the main event of this upcoming fight card Saturday night at the Cache Creek Casino Resort in Brooks, CA. How prepared are you physically and mentally for this fight against Prosper Ankrah?
Manuel "Tino" Avila : I’m really prepared physically and mentally for this fight. I know this guy is coming to fight, so I had to make sure I was too.

TBB : Is it added pressure for you fighting in your backyard as you will be on Saturday night? Is it less pressure because you feel at home? Or does it make any difference at all to you?
MA : No. Anywhere I fight is all the same to me. Whether it's in L.A. or in my backyard.

TBB : With the title "The Pride of Vacaville / El Orgullo de Vacaville" I'm sure you have a strong following of people all around that area. As a matter of fact I had some family come over from there just yesterday for the holiday. But what do those fans mean to you personally since many will probably be there watching you live?
MA : It makes me feel accomplished to have a huge following coming from where I did, and knowing I'm one of the few to actually have done as much as I have in my boxing career.

TBB : Your opponent is from Accra, Ghana which has produced many great fighters with terrific stamina like Azumah Nelson, Ike Quartey, and Ben Tackie. Plus a nice percentage of his wins are by knockout. Have you done anything different in this camp in preparation for what he may bring Saturday night?
MA :Yes I have just worked more on the type of style fighters from where he's from, and fighting from the outside and being more prepared to throw more punches. Also, having more punches thrown at me.

TBB : In your last couple of your fights you seem to improve in different areas. Do you see these changes when you train or during a fight?
MA : During training I work on different things before each fight to improve in. But I don't really see it until the fight.

TBB : Do you think you're almost there to compete with the caliber of fighters like an Abner Mares, Gary Russell Jr., Oscar Valdez, or even a Leo Santa Cruz within the next year or two should everything go your way this weekend?
MA : Yea I feel like I'm ready for all of them!

TBB : What can all of not just your fans, but all of the boxing fans, expect to see from you this Saturday night in Brooks, CA against Prosper Ankrah?
MA : A great and exciting fight!

TBB : Well you're considered one of the best fighters in Northern California by many and I'm sure you'll do the best to represent. Best to you and your team Tino!
MA : Thank you.

​​* Ticket information for this fight Click Here. This fight will not be televised.

​​Thursday night Oxnard’s Erik Ruiz (16-6-1) takes on his biggest challenge to date when he faces Diego De La Hoya (17-0, 9 KO’s) at the Casino Del Sol in Tucson, AZ. The fight will be televised on ESPN 2 at 7:00pm PT. The very tough De La Hoya hopes to get his eighteenth victory, but Ruiz says he is ready for action. Just a bit ago this is what Erik Ruiz had to say …

TheBoxingBar.com : We're just a few days away from your fight against one of the toughest young fighters out there, Diego De La Hoya. How do you feel at the moment?

TBB : He's known to have speed, defense, and overall good technique. Is there certain things you've noticed and have worked on in training for this fight?

ER : The thing I've mostly been working on is letting my hands go. I know I can keep up with his speed and technique but just need to let my hands go.

TBB : You know I was just talking to somebody about that. I remember yelling at you through my TV to let your hands go when I watched you against Magdaleno. But then you have those fights where you're just "On" also. What causes that switch? How are you planning to turn that fire "On" for Thursday night's fight?

ER : The cause of not letting my hands go is from switching my conditioning in every camp. Most of my camps were always short ones. My body didn't have time to adjust to them. As for this fight, I kept it simple. A lot of work on my speed and stamina. For turning that fire "ON", I’m going to fight this one as if it was my last. I’m gonna give it everything I got, and leave it all on the ring.

TBB : The biggest advantage you have over Diego, in my opinion, is experience with the caliber of opponents you've faced. It's even no comparison. You've fought many of the best young talent in your weight class which is rare as you know. Most young talent is saved and/or wait to compile a long list of wins before they take on the tough challenges. You took them on fighting guys like Jessie Magdaleno, Roy Tapia, Manuel Avila, Horacio Garcia, Rico Ramos, and now Diego with only 23 pro fights even with a short notice tells you how gutsy you are. How will this help you in the ring on that night?

ER : Well honestly I don't think my long list of experience will help. But the advantage that I think I have is that I'm as tough as they come. I’m gonna be there right in front of him, not hold back, and put his strength to the test. Also another advantage that I have was my sparring partner for this fight. It was the one who recently beat me. Mr. Ramos himself came out and helped out in sparring.

TBB : Do you feel you have a lot riding on this fight? Do you think it's the most important fight for you as well?

ER : I think this is the most important fight in my career. This fight will either keep my name up there, or it'll kick it off the list. Like I said, I’m gonna give it everything as if it's my last.

TBB : What do you want to tell boxing fans and your local Oxnard (805) people that will be watching? What can they expect to see Thursday night on ESPN 2?

ER : Thank you to all my fans and tune in this Thursday on ESPN and watch a great fight. And expect some fireworks! 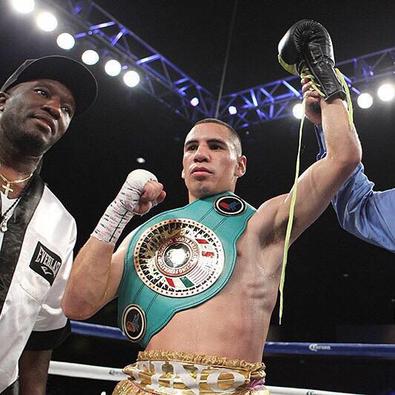 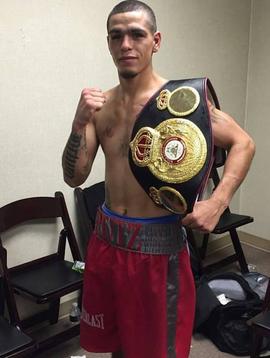