TheBoxingBar.com : When you first got into this great sport of boxing, what were you hoping to accomplish?
Librado Andrade : My first pro fight was in August of 1999. Earlier that year my brother, Enrique Ornelas, and I were helping Julio Gonzalez with some sparring. All three of us learned how to box together as kids. To be honest the only reason I got in boxing condition was to help Julio do some sparring that year because at the end of the month, during that time I was a bit short of rent money. I noticed that every time Julio needed some sparring, he would use me as his help. I had to prepare myself extra hard since I wasn’t a (pro) fighter at that time. During that month David Martinez, whom showed us how to box, told me that I was at the same level as Julio. He told me to take a chance at fighting or to at least try it to know what it felt like to fight as a professional. Because of the need for a little money that month, I did it. They were going to pay me $400. That was enough for me to say, “Yes. Of course.” That was what I made in two weeks at the fast-food restaurant I worked at. So of course I dared to try it. I won. Then I won again. Then again, and so on. Once I got to 5-0, I thought to myself that it would be nice to win any belt one day to show off and say I was once a professional fighter. That belt turned out to be the California State title. But I never imagined that I would get that far or that my dedication would get me to where I got. That was what I wanted to accomplish. Since that time, I’ve realized that maybe I robbed myself of a dream by thinking “small” and not "big." From the beginning, my dedication to this sport was just like the greats. My mentality though is what shorted me of where my hard work had truly deserved to have got in this sport.

TBB : May Julio Gonzalez rest in peace. At that time, did you get a lot of support from the Mexican fans since you were like an oddity? There had never been a Mexican fighter at the level you got in those higher weight classes.
LA : I did. There were none at that time. Unlike today. Very few people acknowledged or realized that fact.

TBB : You at least got to a point to have received a world title shot in Denmark against the then-WBC/WBA champion Mikkel Kessler for the super-middleweight  title, although you came short of winning. What comes to mind about your career when you think of that?
LA : Everything changed when I signed with Al Haymon. He changed not just my career, but my life. I started believing more in myself. Before then, I had no idea what I had, and I even approached the thought of buying a house.

TBB : So it was  “a positive” thing signing with Al Haymon?
LA : Absolutely. The best move in my career.

TBB : In those fights that you had for world titles like against Kessler and Lucian Bute, you didn’t come out with the victories. Are you at least satisfied that you got to that level in your pro career? Or is that like a thorn that's still inside you?
LA : It does bother me a bit. But at the same time I’m satisfied because I was strong and did it with hard work. It hurts because I know I could have accomplished it. But today I’m happy and at peace with what happened. I know I tried my best even though I didn’t come out with my hand raised in victory.

TBB : Today there are many good fighters in the 168 & 175 pound weight classes. Do you think if you were at your prime and currently fighting that you would have a world title in your hands right now?
LA : Yes! Definitely yes. It’s just that during my time it wasn’t meant to be.

TBB : Just recently a fighter, Gilberto “El Zurdo” Ramirerz, has become the first Mexican world titlist at super-middleweight (WBO) which is something you were hoping to accomplish. Did you watch the fight? And what did you think of his victory?
LA : Yes, I saw that fight. He did some very good work. He was well prepared and had a perfect plan to beat Abraham. Congrats to “El Zurdo!” He reminds me a lot of Julio. He has the same style and just like Julio he won a title too. I wish I could have won that piece of history, but I was “one second” too short. That’s how it happened. That’s all.

TBB : I never knew why you retired from boxing. Why did you?

TBB : Are you still involved in this sport in some way?
LA : I work for Al Haymon Sports. Al and his team never turned their back on me. They took good care of me and now I work with them.

TBB : Who will win on May 7th in the fight between “Canelo” Alvarez and Amir Khan? And how?
LA : Canelo between rounds five and eight. Khan is too small for Canelo who will continue to improve. His timing, power, and his experience in the ring will only get better.

TBB : Now I know why you said it was “a positive” getting with Haymon and it make sense. Amigo, it is always a great pleasure to talk to someone who is very well-spoken and intelligent like yourself. And you deserve everything you have received from this sport like working alongside Al Haymon. I thank you very much for your time.
LA :  Thank you. I have made many mistakes in my life. In some things, I haven’t been too intelligent but you learn. Thanks to some friends and other good people in my life, I can say with confidence that I am a better friend, father, and person. That is one of the biggest accomplishments in my life. I thank you very much. 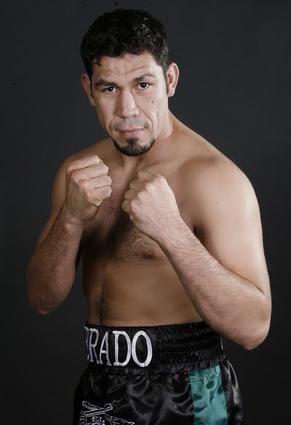