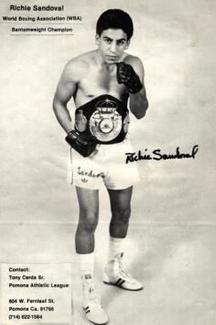 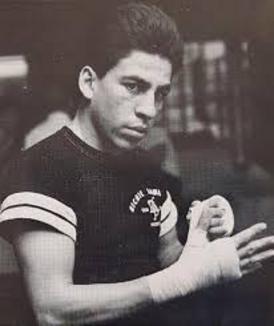 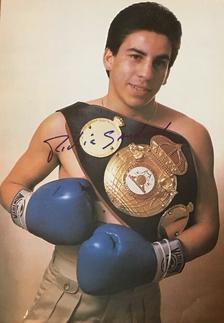 In 1980 Sandoval was getting ready to be a USA Olympian for the games later that year. Being one of the best of that team, he was offered to choose between going to Germany or Poland to compete in a pre-Olympics tournament. He thought going to Germany would better prepare him for the games. The rest of the team got ready to go to Poland. Fourteen top fighters along with eight staff members of USA Boxing boarded the Polish LOT Flight 7 airliner on March 14, 1980. The flight crashed a few miles from Warsaw killing all 87 passengers on board. A total of twenty-two were from USA Boxing. This story makes you think of another Mexican-American Richie, Ritchie Valens. Then shortly after, Sandoval finds out that there will be no 1980 Summer Olympic games in Moscow due to the boycott after the soviets invaded Afghanistan. He would go ahead and turn pro at the end of 1980, and would win the WBA World Bantamweight title against Jeff Chandler in April 1984. After a few title defenses, Sandoval could no longer make weight and pleaded with his people to move up in weight and had to fight four non-title bouts for this reason. On March 10, 1986 he took on the tough Gaby Canizales of Laredo, Texas. Just five weeks before, Sandoval had fought a pro fight in his hometown of Pomona weighing almost ten pounds heavier. Canizales would win by seventh round knockout in brutal fashion with Sandoval being unconscious for several minutes straight and being carried out by stretcher and rushed to the hospital. Most fighters that go out in a similar way, don’t live to talk about their experience. Sandoval was just hospitalized for four days for observation and walked out. While in the hospital he was visited by Bob Arum who offered him a job at Top Rank as long as he promised to not fight again. Today, Richie Sandoval is still working at Top Rank. In 1988 Richie brought Michael Carbajal to Bob Arum who reluctantly wanted to sign a guy that small, but signed him. In March of 1993, Carbajal fought “Chiquita” Gonzalez in the first million dollar fight ever in that weight class. In this interview Sandoval openly talks about all this in detail. Amazing life!