“I must say it was something special fighting at the Olympic Auditorium. Especially fighting legendary fighters like Lupe Pintor, Julio Cesar Chavez, and other great fighters.”

"The times I fought at the Olympic they announced me as “Furious” Fuentes because it described my style when I would come out to fight against my opponent."  (translated)

“I was a fan of West Coast boxing long before I ever got to fight there. The Olympic played host to the great fights that I read about in my youth. I remember the crowd. Oh, they were great! They didn't care that I was limited in experience. I came to fight and that's all they asked of me. I remember thinking to myself that I was in the presence of greatness with Chavez. He had perfect balance, weight transfer and it was so effortless for him. I remember thinking how lucky I was. I was in the Olympic with an all-time great, and I was gonna go for it all! I remember smiling when the decision for Chavez was announced. I was in the presence of greatness and he was always going to remember me. Not many people get to live their dreams.”

“It was classic. Fighting in the same place where great fighters like Mando Ramos, Danny “Lil Red” Lopez, and Carlos Palomino fought. It was an honor to fight there!” 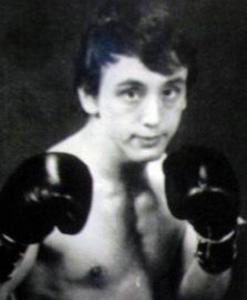 “Fighting at the Olympic Auditorium was awesome! Growing up as a child my parents took me to watch Lucha Libre (pro wrestling.) We use to go every Wednesday I think. I enjoyed watching Mil Mascaras, Freddie Blassie, and many more. A few years later we got to see boxing fights. My first fight that I watched at the Olympic was Armando Muñiz against Carlos Palomino. Then I watched the rematch!”

“It was a big thrill to fight at the Olympic Auditorium because I had been watching fights from there since I was a kid. Wow! I'm going to be in the same ring as my favorite fighters fought. Joey Orbillo, Mando Ramos, Ruben Navarro, and Mando Muniz. And who would be introducing me? None other than legendary ring announcer Jimmy Lennon. But once that bell rang it was just me and my opponent.” 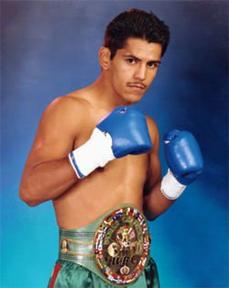 “The amazing energy and hearing your name announced by Jimmy Lennon was beyond a kid's dream for me. They knew who we were because we had live L.A. boxing from the Olympic fifty weeks each year. We watched boxers grow up in the ring from amateur to world champions, in the case of some. We had to be good and entertaining fighters. We had to fight or we would not be booked on Olympic cards. I never entered at the back door from the parking lot which most did, as it was right at the entrance to the dressing rooms. I would walk around past the box office where the hustlers were scalping tickets and selling programs. I'd be carrying my gym bag and my velvet robe. People would pat me on the back and wish me luck. Some would even know my name. I was kind of a shy 18 year old, but I liked that attention. I felt like a champion. I would pass by the arena and look at the bright TV lights hitting the ring. The dressing room was a whole different world. Men have died in those rooms.” 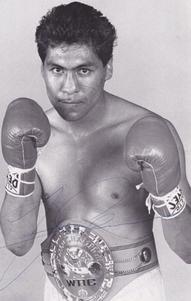 “What was it like for you to fight at the historic Olympic Auditorium in Los Angeles?”

"I think it was a great satisfaction to be able to say I performed at the Olympic Auditorium in my career. I had the good fortune to debut in the Los Angeles area and to later have several of my fights at the Olympic in front of a Hispanic audience. It was like being in my beloved country of Chile and coming up among the best boxers in the boxing world all thanks to Don Chargin, Eileen Eaton, and others. The fans there were very knowledgeable of the sport of boxing. The only time they didn’t support me was when I fought one of their countryman, but they always showed me a lot of love and respect." (translated) 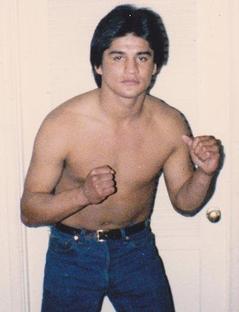 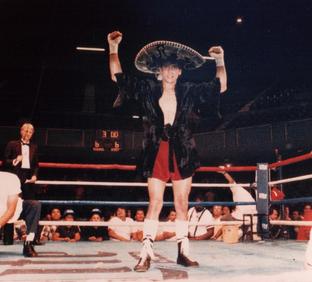 “Knowing that I was the last to sell out the Olympic Auditorium in a decade was a blessing, and I give God all the credit and praise for that. Why? Because I prayed it!” 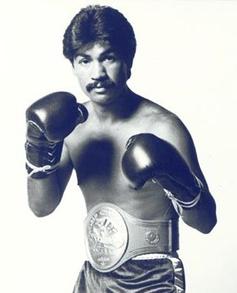 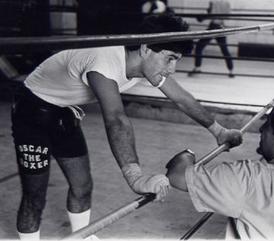 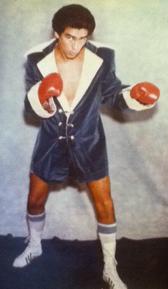 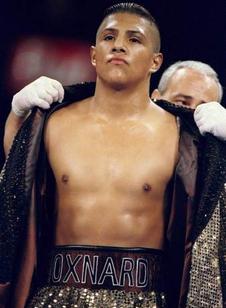 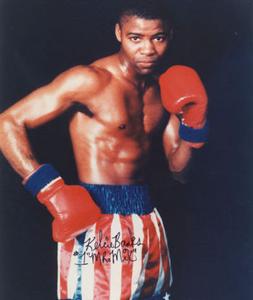 “I have had many great times at the Olympic Auditorium. I fought Eddie "Motor Boat" Logan, Francisco Bejines, and Albert "SuperFly” Sandoval just to name a few!”

I loved fighting in the historic Olympic  Auditorium. That was one of my stops that I made to becoming one of the greatest amateurs in the world. I was number one for 2 1/2 years. Yeah baby!" 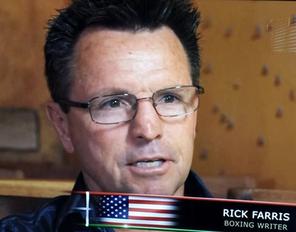 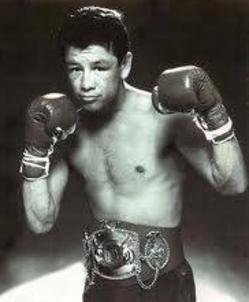 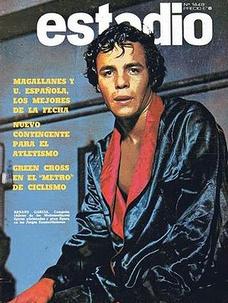 “My first amateur fight was at the Olympic Auditorium. The main event was Bobby Chacon. Over 5,000 people in attendance, and you could feel the importance required to put on a good fight. I won. A few fights later, I fought Jack Alvarez and we must have put up a good or great fight that the audience threw in (the ring) just a little over $200. My pro debut was there as well. Fighting there was an experience that it took me a while to understand how great it was to have fought there. When you're young, we don't appreciate it until you get a little older and then it sinks in. I fought there. Some of the greatest of all time fought there. Zamora beating Sandoval was one of those fights you never get tired of watching. Zamora losing to Lujan. Alberto Davila winning the title against Kiko Bejines. Lupe Pintor losing to Adrian Arreola. Arreola losing a very close decision to Julio Cesar Chavez. Go back to the 70's. Frankie Duarte beating Famosito Gomez. They almost burned down the building. So many great fights and fighters. Who could forget Randy Shields, Mando Ramos, and the list goes on and on. My brother (Genaro “Chicanito” Hernandez) and I both fought there professionally.”

"It was a want since I was a young kid to be able to fight at The Olympic, and especially in a main event against my idol Pipino Cuevas. We both filled the arena up, and bombs away we went at it. I was able to defeat my hero in boxing which is something I can be proud of. My dad worked my corner along with the champ, Danny Lopez. As the bell rang for round one my dad spanked my rear and said to me, "Alright son, Kill Or Be Killed”. Out I went knowing that I was up against a magnificent boxer. I was not scared. I knew that I trained hard for the fight, and also that I was the underdog. So I scientifically outsmarted Cuevas. It was truly a great win for me."

“It was great to have fought there as an amateur when I won the first Blue & Gold tournament back in 1984. I was 95 pounds. Then I fought there in 1994, the last fight I had before I won the title. It's historic place! It was the first place that my brother Juan brought me to watch fights when I came to the US in 1978. I saw Pipino Cuevas and Albert Davila fight at the Olympic. It was an inspiration and a dream for me to one day be able to fight in such a legendary venue. I'm glad that dream came true.” 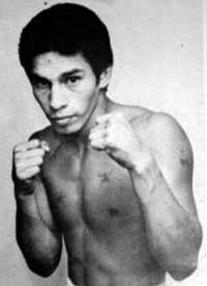 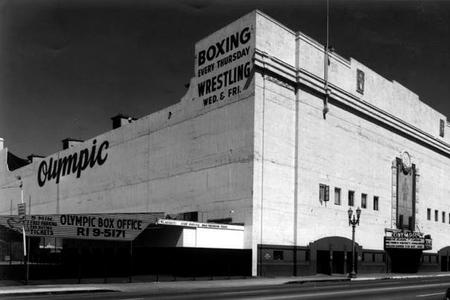 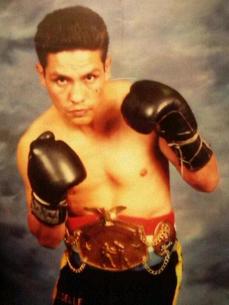 “Electric crazy fans! Zoback Barajas, the two fights with him were wars. And with Armando Muniz 15 round war!” 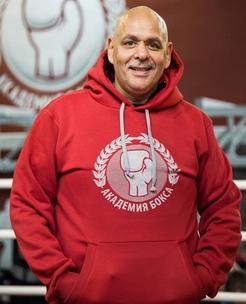 “Some of best times I've experienced fighting. The crowds were crazy and if you fought a local favorite paisa (fellow Mexican/countryman) and beat him they would “boo” you sometimes and throw stuff at you. But best part was warming up in the dungeons and then they called your name … “Savala, you're up!” The walk up the stairs and to the ring was wild, and sometimes scary. I met some great champions like Alberto Davila ,Jaime Garza, Adrian Arreola, Richie Sandoval, and many more whom I fought on same cards with. Some of the best training was there. Especially with Adrian Arreola, Danny “Little Red” Lopez, and Hector Cortez.”