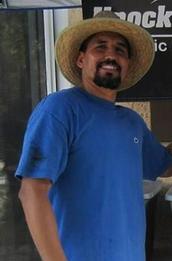 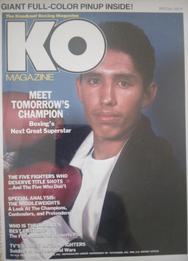 I had the pleasure to have Ventura County boxing trainer Ruben Juarez on our podcast for TheBoxingBar.com. Juarez grew up in Ventura, CA and got into boxing to get away from hanging out in the streets. Juarez won many big amateur tournaments almost making the 1992 Olympic team, but was eliminated by the eventual 1992 Olympic gold medalist Oscar De La Hoya in the qualifiers. Ruben worked as the coach for the boxing program at Ventura’s Westpark Recreation Center. In July 1993, he was shot in the stomach area by an Oxnard gang member. “They removed six feet of intestine from me”, said Juarez during our interview yesterday. In time Juarez, would be working with all the talent from the famed La Colonia Boxing Club which is in the neighborhood of the gang he was shot by. “There were never any issues there, because I was working with the youth”, explained Juarez. He has worked with Robert Garcia, Fernando Vargas, Rolando Reyes, Jose & Mario Aguiniga, Carlos “El Terror” Madrigal, ect.
Today, Juarez works full-time for the County of Ventura, owns K.O. Tacos catering service, and still works with boxers. Cheers to a real Ventura County legend “K.O.” Ruben Juarez!