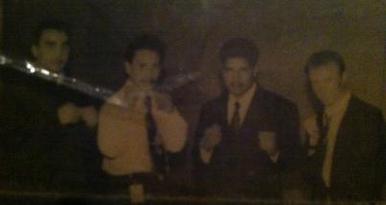 On November 30, 2002 Felipe Campa takes on Freddy Castro at the Hyatt Regency Hotel in Monterey, CA. Campa won via 6-round unanimous decision on this night. 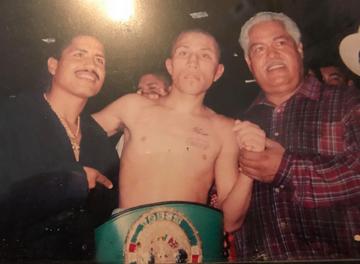 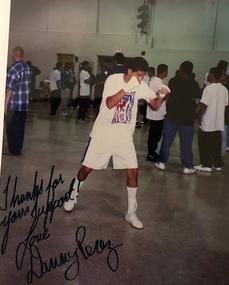 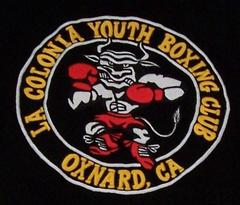 This was the first logo of the La Colonia Boxing Club. Photo credit : Manuel Herrera 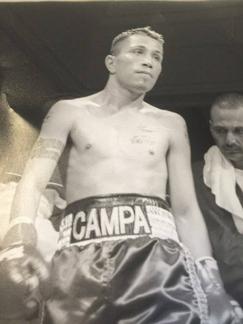 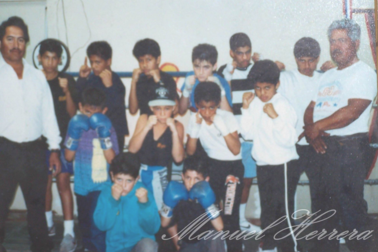 Felipe Campa raises his belt after another victory.

This article is about Frank "Panchito" Ontiveros who helped train fighters in the Oxnard area. Ontiveros was a feared fighter in the prison rings while serving time in San Quentin. 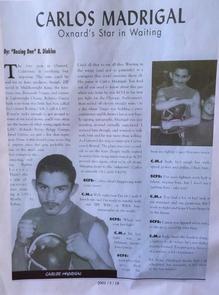 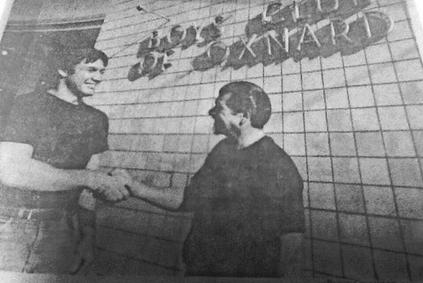 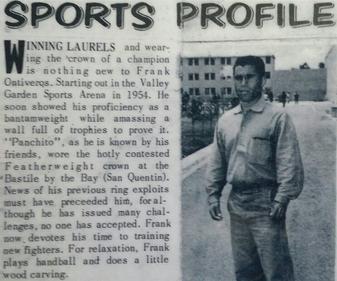 This is a poncho worn by Robert Garcia for ring entrances during his professional boxing career. 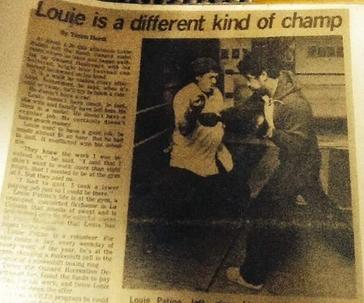 Ramon Villanueva in an article on the local newspaper.

​Louie "Tiny" Patino gets boxing coach position funded by the City of Oxnard in the early 80's. Patino, also known as "The Legend", loved boxing so much he built a homemade ring while living in the city's "Squires" area in the 70's.

Here is an album with many pictures featuring people from Ventura County, California (the 805) in the boxing world. Thank you to those that shared pictures including Salvador Santamaria and Melanie Ley. 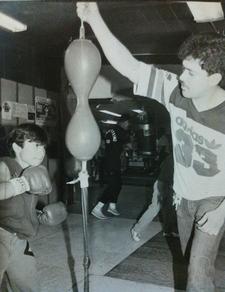 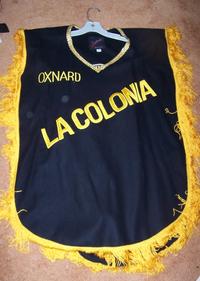 Ring official Melanie Ley with a young Robert Garcia on fight day at an amateur show with older brother Danny (right). Ley has been an official at amateur shows since 1987. 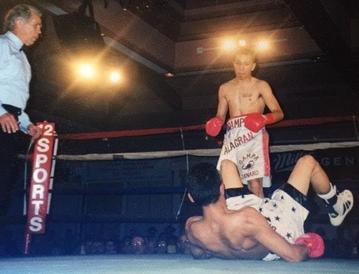 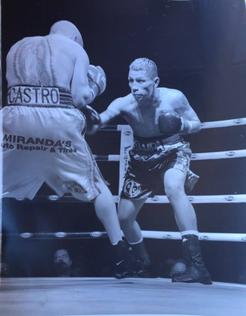 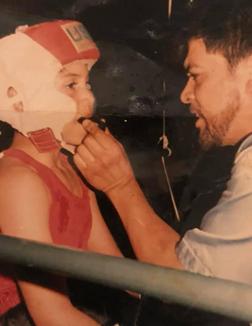 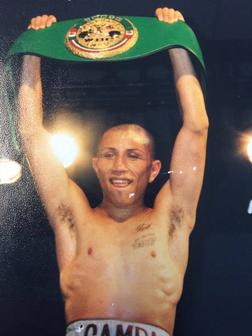 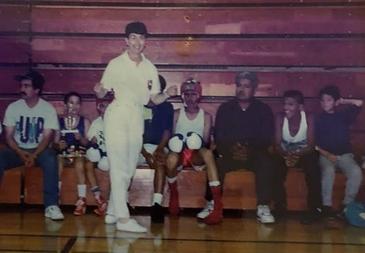 ​​Many of the regular kids and future top local talent pose for a shot.

"Dynamite" Danny Perez warming up before an amateur showdown. The top Jr. middleweight contender once trained out of La Colonia Boxing Club before moving near the San Diego area to keep him focused on the sport.  Photo credit : Melanie Ley

A young and future world champion Mikey Garcia posing in front of a mural in tribute to his brother, Robert, in Oxnard. 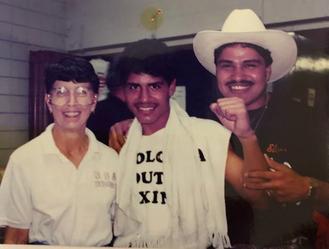 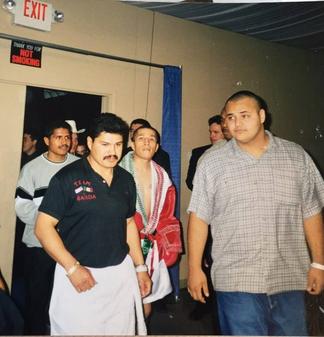 Coach Martin Noriega giving Saul Perez advice before sending him back in the fight.

Felipe Campa is led to the ring by former fighters, now trainers, Robert and Danny Garcia.

Carlos "El Terror" Madrigal celebrating with family and friends after another victory! 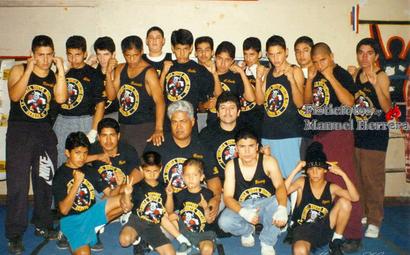 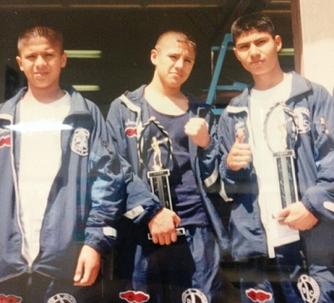 Melanie Ley posing for a picture at an amateur show with trainer Eduardo Garcia in the background and a happy young Fernando Vargas next to him. Photo credit : Melanie Ley 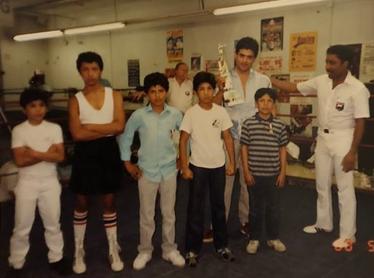 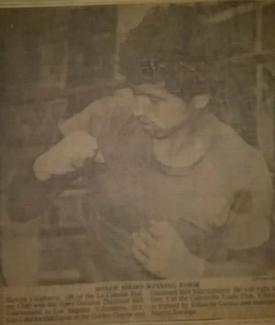 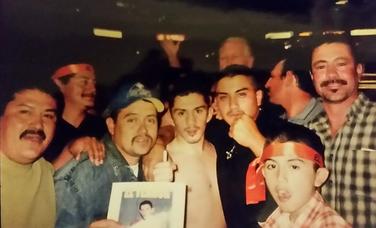 This still very popular "boxing bull" was the idea of the then-president of La Colonia Boxing Club, Manuel Herrera. 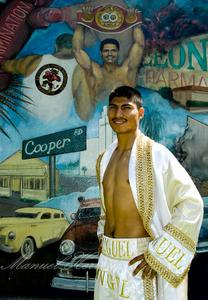 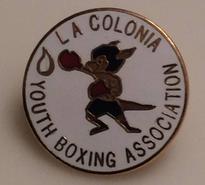 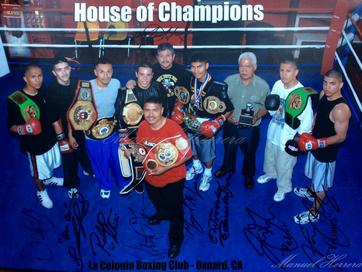 Future Oxnard amateur standout, Saul Perez, practices on the double-end bag under the guidance of his trainer and mentor Martin Noriega. Noriega was instrumental in promoting shows for his gym's fighters and getting the help from the community. The shows were televised locally on cable provider Jones Intercable where a young man named Fernando Vargas watching it on TV would find his calling and showed up at the gym soon after. 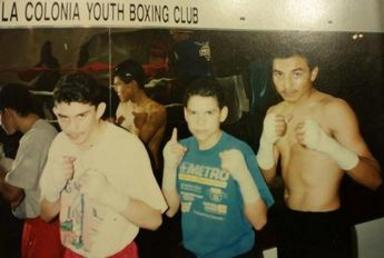 Felpe Campa in the ring getting ready to battle before a match.