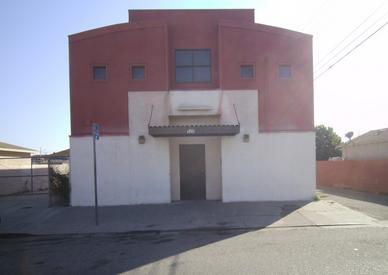 The House Of Champions

The question was … What was it like training at the La Colonia Boxing Club in the eastside of Oxnard during your time in boxing?

​(Click on the linked names below to go to the page of each fighter on this site.)


"Ferocious" Fernando Vargas  : “I thank God for La Colonia Boxing Club. It got me off the streets as a troubled kid from a broken home, and gave me the discipline I needed to stay out of trouble and continue to box to make me the man I am today.”

Lupe Aquino : “It was awesome! Back then it was trainer Louie Patino.”

Jose “Sweet” Aguiniga : “Well training at the old La Colonia gym was great! I was there with the best that came out of the gym. Robert Garcia, Fernando Vargas, Roger Romo, my brother Mario, and Lupe Aquino were there at the time going to spar against guys there like Carlos Martinez and Rudy Martinez. When I first came to the gym I was like, “What is this place?” I was 8 years old. I was scared with all the noise and the blood. It was an old gym, but I loved it. Then I started training. I was trained by Mario Uribe. Then started training with “The Big G” (Eduardo Garcia) for a while. I trained for two years before I fought my first amateur fight. I sucked. I would spar and would cry every day, but wouldn't stop. I would cry of anger that I couldn't do better. The best memories came out of the old La Colonia gym when I started. When I came in and I had a dream of becoming world champion. I always looked up to Robert Garcia and wanted to be like him because at the time he was the best in the gym.”

“El Pochito” Rolando Reyes : “It's the best thing that ever happen to me because that's where everything started for me. I lived across the street from the gym.”

Carlos “El Terror” Madrigal : “Boxing out of La Colonia was a great experience. At the end of the 90's, there was Robert Garcia and Fernando Vargas. They gave it a bigger name. There were other good fighters like the Aguiñiga brothers, Rolando Reyes, and myself just to mention a few. It also had two dedicated and well known trainers in Eduardo Garcia and Ruben Juarez. It was a place with a lot of positive energy.”

Arturo “Gonzo” Barraza : “When I started we were in the Boys & Girls Club. The gym was being worked on at the time. But when we moved in there, it was the greatest experience of my life. I was trained by the best trainer in the world, Eduardo Garcia. Sparred Fernando Vargas and Robert Garcia. Plus, I grew up in Colonia. Colonia is a part of me! All the guys training there were a close group. We only had one pro there at the time, Robert Garcia. And Fernando was the top amateur fighter in the world in the mid-90’s. Training and watching Fernando train was something else. He was a beast. He always gave it 110 percent at everything. The beatings Fernando gave me were worth it, and made me the fighter I was tough. Sparring Robert was something else. He taught me a lot. He and his brother Danny trained me. I was taught by all three Garcia’s. I came from the best school in the world!”

"La Morenasa" Crystal Morales : (Current La Colonia fighter) - “It's awesome to train at the gym where all the champions came out of like Victor Ortiz, Brandon Rios, Javier Garcia, Mikey Garcia, Robert Garcia, Fernando Vargas, and myself. Being the only female world champion from La Colonia Gym is a blessing because all of the great champions inspired me as a woman to train even harder. And let me tell u amigo every time I step foot in that gym I feel right at home! I have so many memories there.”

Danny Garcia : “Colonia is where it all started in Oxnard. Thanks to my father and all the other trainers, Oxnard is now what it is in boxing. I was one of the first professionals from Colonia, so it’s an honor!”

Joel “El Platanito” Salas : “It was very hyped. I always remember when I used to go spar there everyone would get all rowdy. I always sparred Fernando (Vargas) or Robert (Garcia.)”

"Ruthless" Roger Romo : “Training at La Colonia was pretty hardcore. There was lots of talent there. Robert, Fernando, Saul Perez, Carlos Martinez, and Danny Perez. Then pro fighters would be there as well. John Ramirez, Ray Windmill White, and Mario Solorio. It was always packed in there and if you had something going the trainers would pay close attention to you. There was always gym wars there. Some of the greatest sparring sessions I've probably ever witnessed. Sometimes other gyms would come to spar with us but we always got the upper hand. It was good times there with all the regulars and after we would train, we would all go run outside in the alley or run over the bridge and go up and down the stairs. Lots of discipline and hard work ethic was learned at that gym. Some of the best memories I have are there.”

Javier “Pelos” Garcia : “I remember it being small but very comfortable to train in. It smelled like leather gloves and sweat. It wasn't big, but it was perfect. It was fun and loud. A lot going on. Many parents would go just to socialize and watch sparring. I remember kids coming in and out. It was like a family.”

Saul Perez : “I grew up in Colonia. My family lived there. So when I went there and started training, I was representing my roots which was something very special and moving. In each fight I did not work by myself. Behind me I had trainer Martin Noriega and my family supporting my dream. I fought with a lot of courage and passion which took me to become the silver medalist in the Jr Olympics. Also, a silver medalist in USA Nationals, three-time blue and gold national champion, two-time Jr. Golden Gloves champion, and Silver Gloves champion. All this with the help of Martin Noriega. Awesome trainer!”

Antonio Ramirez : “Training in La Colonia Boxing Club back in my fighting days was an experience I'll never forget. Even though I came from Mexico I was proud to train in and represent Oxnard, because people there needed a role model. Especially kids because in those days there weren't many fighters around or big names like today. It was very humbling to see people I knew back then who worked in the strawberry or lemon fields and would drop by to see me spar, or train. If fighters nowadays would understand that people who look up to them, just want to shake their hands and make their day. Fans faces light up for those small gestures. They will get so much respect and admiration. Unfortunately in those days there wasn't much money been made in boxing especially for a junior flyweight like myself. nor was there a lot of help or sponsorships like there are now where fighters with talent are being helped. I was making $50 per round and 30% of that went to my trainer. I was fighting for the love of the sport. It was hard having to go running two hours in the morning from 4am to 6 am. Then get home, shower, and eat beans & eggs before going to work by 7am at a factory near by making $3.75 an hour. Then leave work without resting and go to the La Colonia Boxing Club straight after work and spar and train for two hours. Then get home, eat whet ever for dinner, and then go to sleep and do the same routine the next day. Nostalgic to think about all this, but I'd it again if I had to. I thank all those whom I met and helped me in those days. Martin Noriega, Panchito, Deannie, and my trainer then Andres Sanchez. Also Mr. Eduardo Garcia and ex stablemates John Ramirez, Ruben Solorio, Lupe Aquino, Kayla (RIP), Saul Perez, and Danny Garcia. God bless them all!”

Martin Noriega (Trainer) : “It was amazing! I was flooded with so many kids. They wanted to learn how to box. They were hungry and eager to learn. I just had the best time every day going through a vicious cycle of teaching, training, and developing talent in these young men instilling discipline. I had fun then, and I'm having fun now. I look forward to being in the gym every day. They greet me and I greet them. It seems like we're all happy to see each other. It seems like we are all having fun in the middle of pushing them to be better teaching them that in order to succeed in this sport you have to continue to go up to the next level. Although it’s extremely hard and I do a lot of pushing and yelling and I'm very demanding, these kids keep coming back every day showing the dedication and the willingness to work hard to reach a common goal which is to be the best that you can be. I had no idea that I would impact so many lives but thank God I did. It seems they appreciate me doing what I did for them, and I am very grateful for that!”

Felipe Campa : (Translated from Spanish) “Well in those days it was beautiful how we trained there. All the boxers were real close friends with each other. Back in those days we all trained and joked around with one another. But when a fight was coming up, we would prepare ourselves very well. Or like they say with “Ganas” (giving all you got/desire). At that time we didn’t have strength & conditioning coaches and dieticians. We were the ones in charge of our diet, running, and of obeying what (Eduardo) Garcia would instruct us to do in the gym.

David Rodela : "It was some of the best experiences of my life. Going to the gym every day and learning things to better myself not just for boxing but for life. It was great working out around guys like Robert Garcia and Fernando Vargas. I started at the old Boys and Girls Clubs on Seventh because La Colonia was under construction. I remember first training under Arturo “Gonzo” Barraza. He led me to my first ever fight.”

​​​​Shannon Torres Gilman : "La Colonia gave us a open arm, a hard work ethic, and a safe environment for us to develop and fine tune our skill set. It was a equalizer of all because everyone was welcome and the doors were open. It's where friends become a team and end up family . It's where a kid can train next to a pro and get a couple moments of attention that just may change their lives. It's a place that takes a dream and with hard work turns it into a reality. In the shortest it will always be a piece of my heart especially because my best friendships came from there, and to this day are going strong ."